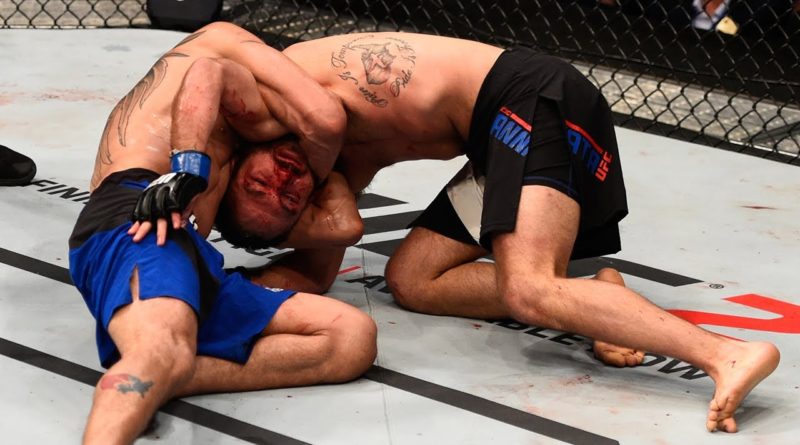 It might surprise you to learn that D’arce Chokes are actually pretty rare in MMA, especially at the highest levels of the UFC. Despite being a staple of submission grappling and BJJ tournaments, it took over fourteen years for the first D’arce Choke finish in the UFC, whereas the first official Heelhook finish came about in UFC 1. Hell, even the first Kneebar finish was back at UFC 8, both of which came courtesy of the Shamrock brothers. This just doesn’t seem right considering the fact that leglocks in general were often maligned in BJJ up until as recently as the last decade or so, whereas chokes are the sport’s bread and butter.

It didn’t take long after Kendall Grove scored the first finish at UFC 69 for D’arce Chokes to come into fashion though, with Dustin Poirier leading the charge by racking up two submission finishes in 13 months using the technique, also actually tapping to it courtesy of Chan Sung Jung in the same time period. Regardless of the technique’s explosion in popularity around ten years ago, the current king of the D’arce Choke didn’t even pull it off until 2013.

The king in question is of course Tony Ferguson, who features in the above video right from the start. Ferguson has finished three D’arce Chokes in his UFC career, two of which came back to back against Edson Barboza and Lando Vanatta. It’s entirely possible that whenever the world does get to see Tony Ferguson v Khabib Nurmagomedov, we might just get to add one more D’arce Choke to the list.

For those of you wanting to learn the D’arce Choke, click here to find out from Tony Ferguson himself.