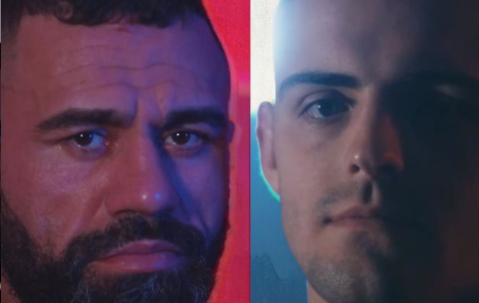 One of jiu-jitsu’s most promising young competitors is scheduled to meet one of its most established veterans. At Fight to Win 170, 20-year old grappling phenom William Tackett will meet Vagner Rocha for the Fight to Win middleweight no-gi title. The event is set for April 24 and will air live and exclusively on FloGrappling.

William Tackett’s black belt is still less than a month old, but he already one of the best no-gi competitors in the world. The Checkmat representative holds recent submission wins over top grapplers like Manuel Ribamar, Tex Johnson, and Andrew Wiltse.

Representing Fight Sports Miami and Rocha Martial Arts, Vagner Rocha is a UFC and longtime submission grappling veteran. He is a three-time ADCC trials winner and has found a great deal of success in the later stages of his grappling career with wins over Yuri Simoes, Jon Blank, Pedro Marinho, and Ronaldo Junior.

At first glance, this match will likely play out with Rocha looking to pass and get to the back from top position, while Tackett attacks the legs from the bottom position. However, in his most recent match against Gordon Ryan, Rocha happily played from the guard position, and in his most recent match against Victor Hugo, Tackett spent plenty of time on the feet wrestling. In short, there’s no easy way to predict this match, but it is certainly one of the most interesting and best match-ups currently in jiu-jitsu.

Ben Coate has 491 posts and counting. See all posts by Ben Coate