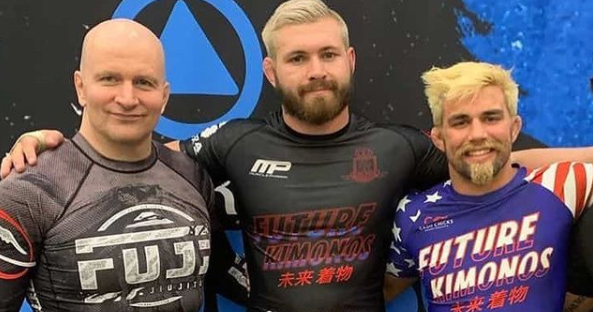 On Sunday, John Danaher dropped a bombshell on the jiu-jitsu world with the announcement that, due to differences that he didn’t specifically address, the Danaher Death Squad was ending as a competition and training unit. Shortly after that news broke, top DDS competitor Gordon Ryan announced his plan to continue training with Danaher in Austin, TX, where Ryan plans to open a jiu-jitsu academy. Similarly, fellow DDS member Craig Jones has announced his plan to continue training alongside at least three other DDS members — but didn’t mention Ryan.

What exactly happened with the Danaher Death Squad and why they broke up is not entirely clear. However, it does appear that Ryan and Jones could be forming separate competition teams. (It’s also worth noting that, while Danaher’s announcement seemed genuine and true in every way, there’s a non-zero chance that this is Jones and Gordon “trolling” the jiu-jitsu community).

Here’s what we know. Gordon Ryan plans to continue to train alongside Garry Tonon and under John Danaher, calling his team (or academy) “Team New Wave Jiu Jitsu.” Craig Jones, on the other hand, has announced “The B-Team Jiu Jitsu,” consisting of himself, Nick Rodriguez, Ethan Crelinsten, and Gordon’s younger brother, Nicky Ryan. Jones hasn’t announced any further details, such as where that team will train, but it’s worth noting that he tagged Austin, TX as the location on his Instagram post announcing the team.

Is this all trolling for publicity? Or are Ryan and Jones legitimately forming rival teams? And if both of those teams are located in Austin, will that city become the most sought-after destination for jiu-jitsu?