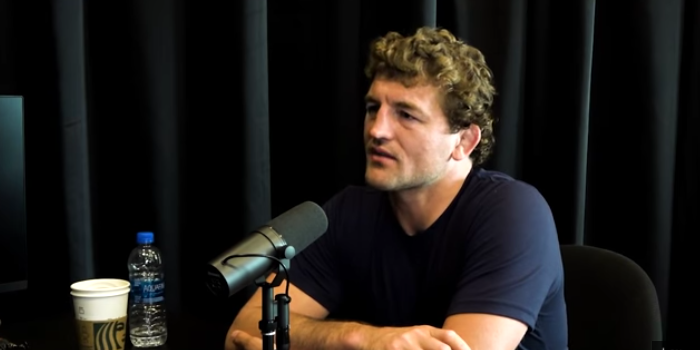 Thanks in large part to the success of former UFC lightweight champion Khabib Nurmagomedov, the Russian republic of Dagestan is now synonymous with wrestling. However, that part of the world has been producing world class wrestlers well before Nurmagomedov made his mark on MMA, compiling a perfect 29-0 record with the use of his dominating grappling.

Ben Askren was long-time elite wrestler before making the transition to MMA. He was a two-time Division 1 national champion at the University of Missouri, a 2005 Pan American champion and a 2009 world champion. In MMA, Askren earned a record of 19-2 (1 no contest), winning the Bellator MMA and ONE Championship welterweight titles along the way.

On a recent episode of the Lex Fridman podcast, Askren explained why he believes Dagestan has produced and continues to produce world-class wrestlers.

Obviously they all love it. Wrestling specifically is a big deal there… A lot of the kids are doing it. They obviously have a rough and tumble, tough life. And then I think that also that a lot of them, it is a way out. Elite level athletes in that part of the world, from my understanding, are really well compensated compared to what the average person makes and are treated really well so people see it as a way out. America is getting better, but in 2008, the reason I went to do MMA is because I didn’t want to be poor my whole life. It sucks. It’s like I don’t want to make $20,000 for the next 4-8 years so I’ll do something else… Now they have a bunch of really good people in one area and it’s been going on for a long time so there’s probably been a bunch of coaches of adults that come back and help that progress.

Although Nurmagomedov has retired from competition, a number of other Dagestani fighters have been using their wrestling to climb the UFC rankings. Most notably, Nurmagomedov’s close friend and training partner Islam Makhachev is currently the no. 4-ranked UFC lightweight and is riding a nine-fight unbeaten streak, all in the UFC.