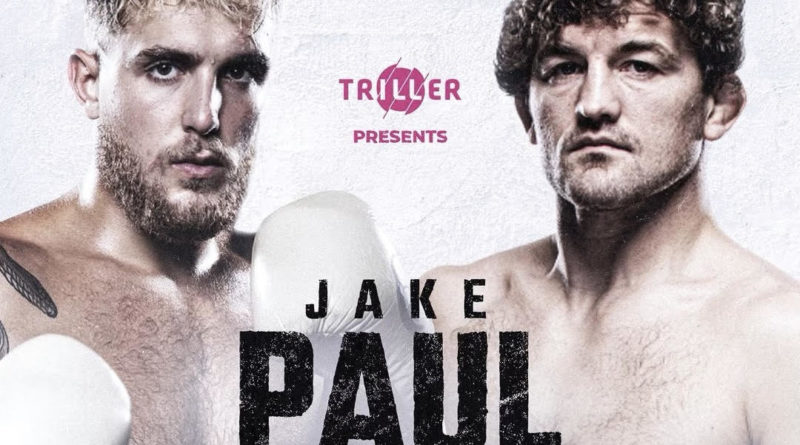 On Tuesday, ESPN confirmed the details of the bout, which will be an eight-round professional match. The fight will serve as the main event of a card promoted by Triller Fight Club. Triller also promoted the November 28, 2020 event headlined by Mike Tyson and Roy Jones, Jr. Paul competed in the co-main event of that card, quickly dispatching former NBA player Nate Robinson by second-round knockout.

Askren is a decorated amateur wrestler and MMA fighter. He is a two-time Division I national champion and was a 2008 Olympic team member. Shortly after his Olympic run, Askren switched his efforts to MMA and found immediate success, winning the Bellator MMA welterweight championship in just his seventh fight. In 2014, Askren left Bellator for the Singapore-based MMA promotion ONE Championship. Askren would win another title while with ONE, boosting his MMA record to 18-0-1 before coming to the UFC in 2019.

Askren struggled to find success in the UFC, winning his promotional debut against Robbie Lawler in controversial fashion. Askren would lose his next two bouts against Jorge Masvidal and Demian Maia, respectively. In late 2019, Askren officially retired from MMA, sighting injuries.

Jake Paul and his older brother Logan Paul are two of the biggest YouTube and internet stars on the planet. In early 2020, Jake made his professional boxing debut, defeating fellow YouTuber by first-round KO. He followed that up with the November 2020 win over Robinson.

To be certain, Askren is far and away the most difficult fighter Paul will have faced in his burgeoning career. Although Askren is far from a striking specialist, he has spent decades competing as an elite combat sports athlete. Many of those years were spent in training rooms alongside elite boxers and kickboxers, and he will have surely experienced higher levels of competition than Paul.

Still, it’s worth noting that Paul seems to be taking his boxing training seriously. Obviously, he is far from the typical professional boxer; he has thus-far only faced non-boxers and has essentially no amateur background. But Askren is 36-years old, riddled with injuries, and never in his MMA career appeared to favor punching exchanges.

Buckle up, folks. A spectacle is coming this April, silly as it may be.