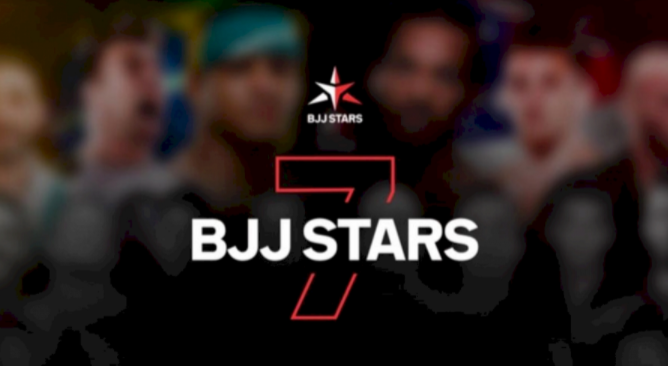 On Saturday, November 6, the Brazilian promotion BJJ Stars will return to action with as card loaded with elite talent. In the main event of BJJ Stars 7, former UFC title challenger Gilbert “Durinho” Burns will take on top Atos representative Lucas “Hulk” Barbosa. And lower on the card, elite competitors like ADCC champion Augusto Mendes, Checkmat founder Leo Vieira, and Josh Hinger will all be in action.

Burns is an elite MMA fighter and grappler. Sporting a 20-4 professional MMA record, he unsuccessfully challenged former teammate Kamaru Usman for the UFC welterweight title earlier this year. Just a couple of months after that, Burns returned to grappling competition, picking up a hard-earned decision win over Rafael Lovato Jr. at Who’s Number One.

Barbosa, on the other hand, is an established jiu-jitsu competitor that has recently hinted at a move to MMA. He is a four-time IBJJF no-gi world champion and a 2019 ADCC medalist, and is coming off a tournament-winning performance at BJJ Bet. Barbosa is known for his wrestling, which will certainly be put to test against Burns, who has markedly improved his own wrestling in recent years.

Elsewhere on the card, 2019 ADCC champion Augusto Mendes returns to jiu-jitsu competition for the first time in two years to take on longtime veteran Bruno Frazatto. IBJJF world champion and two-time ADCC champion Leo Vieira — one of the most respected veteran competitors in the sport — will be squaring off with fellow veteran Cleber Luciano. Josh Hinger will face rival Luis Marques, and three-time world champion Celso Venicius will face notorious competitor AJ Agazarm.

How to watch: BJJ Stars 7 will take place on Saturday, November 6 and will air live on FloGrappling (subscription required).