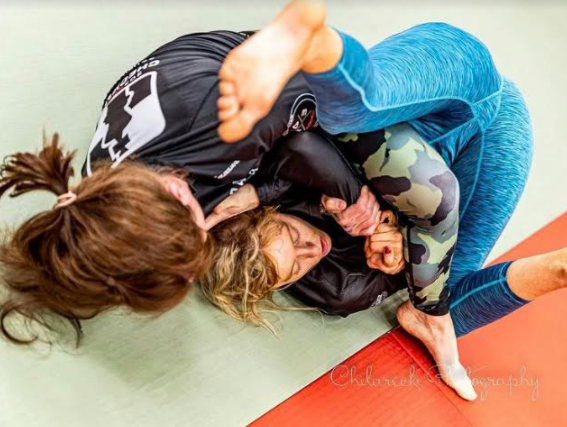 One of the first things you should learn in Brazilian Jiu Jitsu is to leave your ego at the door. Ego’s cause injuries and no one wants to be injured, especially not by a training partner. When you’re starting to learn BJJ the fundamentals seem endless, so it’s understandable that a few concepts may fall through the cracks. However don’t get it misconstrued, the concept surrounding egos doesn’t just apply to white belts, it applies to higher belts too – it’s just that white belts don’t know what they’re doing which is where it becomes even more dangerous…

Having trained BJJ for four years and being a woman of 5″6 in height and weighing 54kg, I can hold my own on the mats – but at the end of the day I’m still usually a lot smaller than my teammates, and therefore people (white belts in particular) try and use that to their advantage. You will find out very quickly that your ego is going to get hurt in BJJ: especially if you’re a big guy getting schooled by a small woman on the mats. Being tapped relentlessly, and not being able to tap anyone at first is frustrating – there’s no doubt about it, but it’s all a part of the process or the ‘journey’ as some might say. Instead of going into panic mode when you’re being dominated, and doing literally anything and everything to gain the upperhand of the roll (especially against a smaller teammate), assess the situation you’re in and focus on getting out. We don’t want to hurt our rolling partners for the sake of ego, and doing something dumb like slamming them or ripping on a submission with no regards to the dangers, are definitely ways to hurt your rolling partners.

If you’re constantly getting beat up, get better, and train more. Eventually you will catch up with your teammates and you will be submitting them – so leave your ego at the door. Check yourself and remember that you’re not the best and there will always be someone better.

Learning When to Tap

As mentioned earlier, there appears to be so many fundamentals in BJJ, it can be hard to remember/learn so it is understandable when white belts have these issues – we have all been there.

Tapping is the main thing you can do on the mat to guarantee your own safety: if something is on – or it hurts – tap. There’s no point in injuring yourself during a roll in class because you were reluctant to tap: your ego can be your own worst enemy. As a white belt you don’t tend to know when/where you’re safe and when/where you’re not, therefore you are more likely to injure yourself and others. There is no shame in tapping – especially as a white belt because no one has any expectations for you – we all know you’re still a beginner. If something feels like it’s on, you don’t need to test yourself and see how much you can take – just tap.

No One ‘Wins’ a Drill

Drilling isn’t about winning, or tapping/ not tapping – drilling is about learning. No one ‘wins’ a drill. You tend to notice this a lot with newbies – they’re desperate to make you tap from the drill as they think that means they’re doing (whatever the drill) it right. Sometimes that can be the case, and you might want to see if you can finish the sub, that’s cool, but there’s no need to do it as fast and as spazzy as humanly possible, every time. Drilling is about picking up the concepts of the move you have just been taught. When I was a white belt, I found the best way to drill (especially if I didn’t understand the move) would be to do it in slow-mo and ask my partner for further advice to tell me if I’m doing it right or wrong. There is no shame in asking for help.

If This Applies to You

Whilst reading this a few people have probably popped in your mind, and if you are this person then check yourself. As the saying goes in jiu jitsu, “you don’t lose, you either win or you learn” that’s a great perspective to have. Someone catches you with something? Don’t let them get it again, and if they do, then learn the defence. You’re going to consistently meet people who are ridiculously better than you, and remind you that you’re not actually half as good as you thought you were and being humbled is amazing because then you’re constantly striving to be better. Those who think they’re the best get complacent. Keep training, get better, and leave your egos at the door – whatever the rank.