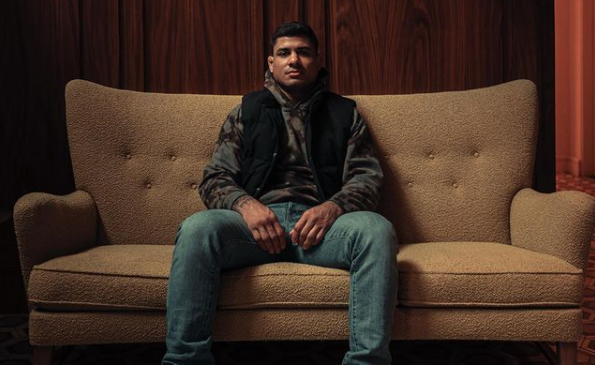 In July, JT Torres will return from a near two-year lay-off from competition to represent Team USA at Polaris Squads. Like most people, Torres met his fair share of obstacles during the COVID-19 pandemic, as he took a break from competition and serious training to focus on keeping his gym afloat. But now, the two-time ADCC champion is finally back into the swing of things as he prepares himself for a busy competition schedule ahead, and will aim to remind fans that while he may not be the loudest voice in jiu-jitsu, he is unequivocally one of its top competitors.

“I had to close my gym down,” Torres told Grappling Insider in an exclusive interview. “So for a year, I was really just focused on how to keep my business alive, especially here in the state of New York where we’re really really strict on our restrictions.”

Torres is the owner and head instructor at Essential BJJ, an academy he opened up four years ago. COVID-19 restrictions not only closed the doors of his academy, but brought Torres’ regular training to a halt, which in turn caused Torres’ competition schedule to be put on hold, as well.

That doesn’t mean, however, that Torres wasn’t offered matches during the pandemic.

“It wasn’t until like four months into COVID that we started training — just a small group in garages, basements, just so I could stay somewhat sharp. And I was offered super fights during that time, actually. Who’s Number One offered me a super fight, but I’m the kind of guy who likes to be as prepared as possible, and I didn’t feel right going out there to compete just training the way i was training.”

Through online classes and online personal sessions, Torres’ academy was able to survive the pandemic. Now, as the world gradually returns to normal, so too is Torres’ training.

“…you really gotta go out there and go for the kill, which I’m fine by.”

Torres’ reintroduction to competition will be a fun one, as he leads Team USA against Team UK/Ireland at Polaris Squads on July 17. The team-based, submission-only event typically leads to incredibly fast-paced matches with grapplers constantly hunting the submission. Across both teams, Torres is undeniably the most accomplished competitor.

“The matches are only six minutes long, so you really gotta go out there and go for the kill, which I’m fine by. I’ve always fought like that, that’s always been my goal when I compete. If people who know me or see me compete, they know I push the pace. I’ve had matches with great fighters for half an hour, so six minutes is not a problem for me to push as hard as I can. I’ve done it for 30 minutes before.”

Joining Torres on Team USA is a who’s who of exciting competitors. And while most of them will likely be looking to Torres for career and competition advice, it’s Torres that’s ready to learn from his teammates.

“These kids move like an adult blue belt, an adult purple belt. It was crazy.”

“There’s tons of guys on there who are doing great in competition right now, especially the guys like [William] Tackett, and [Kade] Ruotolo and [Jon] Blank, those are the young guys coming up right now, making waves, doing big things on the tournament scene. I’m excited to be on the sidelines with them and work with them and also learn from them as well.”

Polaris Squads won’t be the first time Torres shares the mat with the young Kade Ruotolo. In 2011, just after Torres had made his second trip to the black belt podium at the IBJJF world championships, he received a message from the mother of Tye and Kade Ruotolo, asking Torres to give them a private lesson while he was in town.

“I said absolutely. At the time they were two little kids.”

Indeed, in 2011, the Ruotolo brothers were just 8-years old. The experience, says Torres, was eye-opening.

“It was mind blowing. It really was, it was mind blowing! At the time, this was 2011, there weren’t a lot of big kid tournaments around and we weren’t hearing about up and coming kids the way we do now. And to roll with these kids, I felt like I was rolling with legit blue belts or purple belts. These kids move not like kids. These kids move like an adult blue belt, an adult purple belt. It was crazy.”

Torres has used that experience and the current youth movement in jiu-jitsu — typified by phenoms like the Ruotolo brothers, William Tackett, and Micael Galvao — as motivation to invest in his own kids jiu-jitsu program.

“Some of my kids are really focused on competition,” he said. “They’re doing well with it. I keep telling myself, man, [in] 10 years these kids can be the next Ruotolos, the next Tackett. This is how jiu-jitsu keeps evolving and is taken to new levels.”

A black belt since 2009, Torres has been competing and succeeding at the highest level of the sport for over a decade. He won the 2017 and 2019 ADCC championships without a single point or penalty scored against him. He is a two-time Pans champion and a no-gi world and Pans champion. Quite simply, few, if any other grapplers in the world can match Torres’ sustained success at the elite level across a variety of rulesets over the past ten years.

“I’d rather let my accomplishments speak for me and the way I carry myself.”

Although his accomplishments and accolades are well-known among educated grappling fans, the name JT Torres rarely comes up in discussions of the best competitors in the world.

We asked Torres, point blank, “Do you get the recognition you deserve?”

“Sometimes, to be honest with you, I really don’t think I do,” he said. “Because I’m not too loud on social media, it seems that the people that get attention these days are the people who are out there stirring the pot or making waves on social media, if you know what I mean.

“I’ve always been a quiet kind of person. It’s just not my personality to go out there and say crazy stuff or do crazy stuff. I’d rather let my accomplishments speak for me and the way I carry myself. I like to think that the true, educated jiu-jitsu fans out there know about me and know where I stand among the world’s best grapplers, but sometimes I do think people tend to leave me out of the conversation when speaking about champions or people who have done really well in competitions. It’s not something that bothers me, it’s not something I’m looking for.”

To be certain, Torres is a bona-fide professional athlete. He trains six days a week and competes (and usually wins) at the absolute highest level. But he is, first and foremost, a martial artist and an instructor. So while many of his contemporaries may gain notoriety through their bombastic or offensive personalities and eye-catching social media call-outs, Torres isn’t ready to go down that path, even if it means he’s not getting the recognition he deserves.