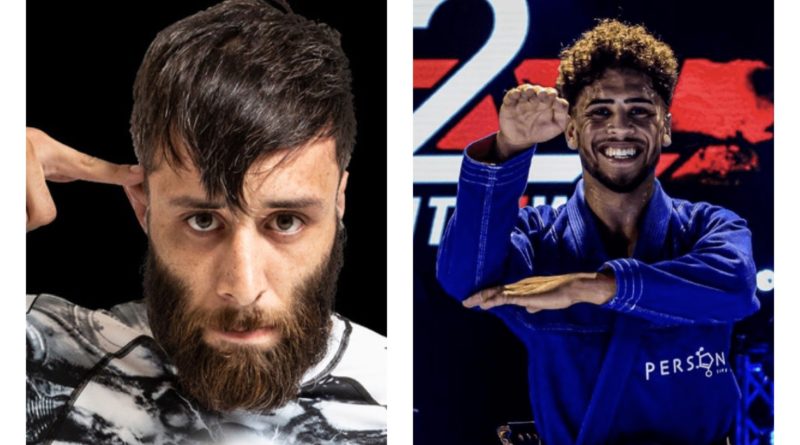 Geo Martinez vs Kennedy Maciel is the co-main event for WNO’s final event of the year on December 11th. Both grapplers are coming off fresh wins. Maciel recently won the No Gi Pans and also secured an arm bar victory over Junny Ocasio at Fight 2 Win 156. Martinez scored a judges decision victory over Paulo Miyao at WNO in October.

I caught up with Martinez to get his thoughts on his match against Miyao, Maciel’s submission over Ocasio and his upcoming match. Here is what he had to say.

You’ve grappled the Miyao’s a few times now and know their game well.  How does it feel getting a win back against Paulo?

Getting a win over Paulo feels really good because he’s a legend and he’s been around for a while. He’s been winning at the high level for a while. He has one of the most complex Jiu Jitsu [games] ever. Just to be able to compete against those guys and get a victory feels good to represent my team. I’m glad to be on top right now. Maybe we’ll have a match in the future but I respect their game and their style.

What did you think about Maciel’s arm bar over Ocasio? Did you expect a sub in that match?

When I was watching the Ocasio vs Maciel match, I wasn’t sure but I was expecting a really high paced match. Both of them like to go for it and neither of them shy away from going forward. It seemed like Maciel was dominant. He was ready all over. He passed the guard with a really nice knee cut. I think Ocasio had a weak hook with the reverse De La Riva and Maciel just sliced right through it. Had good pressure and I feel after that Ocasio kinda broke a little bit.

And then he recovered his guard and Maciel got double underhooks and started stacking him over. I thought once he stacked him over he was going to take the back but the way Ocasio tried to push away opened up the arm bar. Those guys over there at Cobrinha‘s really like the arm bar. Obviously everybody over there on his team does a lot of arm bars from a lot of different positions.

So to see an armbar finish I wasnt really expecting that. I was expecting more of a back take finish or rear naked choke finish. But yeah dont underestimate their arm bars. They are really good at their fundamentals. I thought one of them was gonna submit the other because they were going for it.

How do you feel about the matchup between you and Maciel?

I’m really excited for this match because I know Maciel is one of the best in the world right now. He’s been putting a lot of work in and he’s been looking really sharp and really technical and athletic. He has a great overall game and comes in with a great game plan. Him and his team, they’re legit. They are some of the most elite grapplers in the world and I just want to have the best matches and have competitions against the best guys out there. I’m glad to have this match.

I feel really confident about my game and my game plan and confident overall. I’m ready to represent my team like I always do and put on a good show. Regardless, a match against Maciel is gonna be fireworks. I hope people tune in and check it out. I know both of us are going to go in there and try to get a win. Neither of us will be happy if we lose. We’re going in to get the kill or be killed.