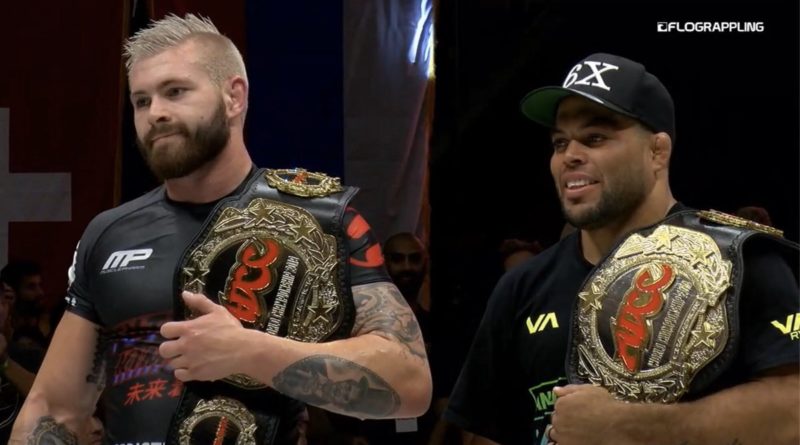 Gordon Ryan bet $1 million dollars to Andre Galvao’s 500K in a Jiu Jitsu match. The offer was posted on Instagram and stipulated that the match be no time limit, No Gi and sub-only. Ryan suggests that both guys submit their bets to a third-party account to hold the funds.

Ryan has been clamoring for a match against Galvao for a while. But money talks, and $1 million dollars must sound nice to Galvao. He says he is in, but we’ll have to wait and see if this actually materializes.

Galvao won IBJJF, Pans and ADCC championships multiple times. He is one of the best practitioners ever, and has built a legacy with his gym and students who are also world-class black belts. The 39-year-old beat Felipe Pena at ADCC in 2019 in a superfight. That same night, Ryan won the ADCC championship for both his weight and open weight classes. Then, it was announced that they would be the next superfight in 2021. Many believed this would never happen, since Galvao said his match against Pena was his last.

Ryan has been itching to meet up with Galvao and he has upped the ante in his latest antics. Ryan will grapple Matheus Diniz next month, who also won gold at ADCC last year.

Below is the exchange that took place.

Ryan: Sub only decision? No time limit? Because I’ve beaten the best of the best in all these rulesets, including your students five times. You want one million dollars? To your 500k in a no gi, no time limit match? Oh don’t want to do that? Of course not. Because you literally don’t know a submission.

Galvao: One million dollars? Oh yeah, we man make it…no problem…send me the location! Also, be ready for the lesson.