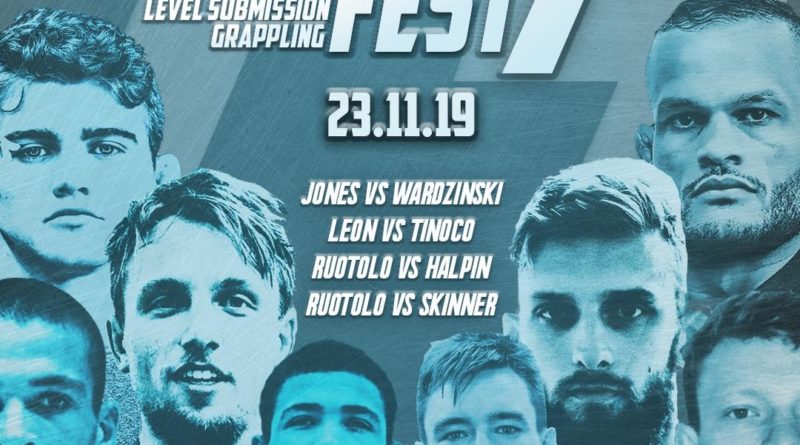 Grapplefest has gone from strength-to-strength since its first event less
than 2 years ago. The first event had premier talent from the UK, but since
then promoter Chris Thompson has done an excellent job attracting top talent from across the globe.

The past few cards have been packed, but this card is the best one yet by
far. Craig Jones returns to headline again, this time facing every grappling
hipsters favourite Adam Wardzinski. The young prodigies that are the Ruotolo brothers are venturing to UK shores for the first time as they start to explore the sub only circuit more and more – with Tye facing Tom Halpin and Kade facing Jeremey Skinner. I could go on and on, seriously the card is stacked! I could tell you things you already know about the known grapplers, instead I’m going to try and provide something unique and give you 4 lesser known matches you really shouldn’t miss.

When: November 23rd 2019, live Flograppling and on
demand 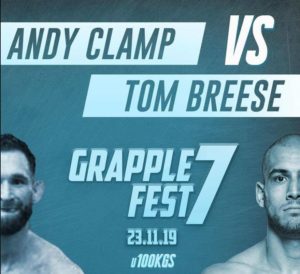 How a match with a UFC veteran and one of the most well known faces in the regional UK MMA circuit flies under the radar I don’t know, but somehow this one hasn’t had a massive amount of chatter. Previously Andy showed his slick grappling ability on Grapplefest 5 and submitted fan favourite Lee Chadwick by Armbar. Tom is a ridiculously experienced competitor in both grappling and MMA and also has a submission win over Lee Chadwick at Grapplefest – this time by RNC. This could go one of two ways, it’ll either be a wrestling heavy match throughout or Tom will pull guard and look to work from bottom and get a quick submission… either way I’m incredibly intrigued to see how this one goes. 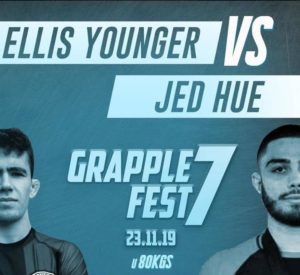 Ellis has been known in the UK scene for quite a while, he regularly travels (and wins) on the UAE and IBJJF circuit, with Jed really bursting on the scene in the past 18 months. Both guys are part of ‘deathsquads’ so to speak with Ellis being a major member in the ECJJ team headed up by Darragh O’Connell – with training partners like Ffion Davies and Marcus Phelan you know he’s a monster. Jed on the other hand has taken the sub-only circuit by storm recently after developing a close relationship with Ross Nicholls. He’s been taking on all comers and probably his crowing achievement recently is winning Polaris Contenders and beating far more seasoned grapplers en route. This is probably the match I’m looking forward to most out of these 4. 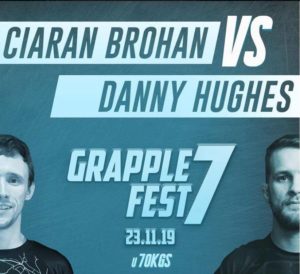 If you like submission hunters from the start this is the one for you. I’d wager neither guy will be happy with anything other than a submission win in this match and that should force a high pace match from the start. Danny is the more seasoned pure grappler and is 4-0 on Grapplefest with 3 of those wins being by submission (I have no idea how he didn’t break Mike Reays arm with a Kimura in his last outing). Ciaran is no slouch himself and competes regularly on the UK scene and tends to be the one pushing the pace in most of his matches. I have a feeling this match will be settled on who wilts and tires first. 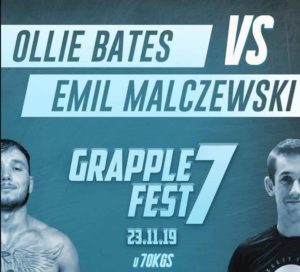 This is great match making! On paper Emil is a far more seasoned grappler and has been competing in high level submission only since before Ollie had a coloured belt, he actually has a submission win over Kev Corkhill in what was an amazing match in 2015. Ollie though has a trump card, he’s been Lloyd Coopers prodigy for a while now and posses absolutely lethal leg locks and uses a complex entry system to get there. He’s also been travelling recently and has trained extensively at ATOS. I’ll be intrigued to see if he looks to implement a new style or stick to his battle tested leg lock gameplan. The match will likely be dictated by Emil’s ability to neutralise Ollie’s leg lock game, either way it should be a fast paced technical battle.

I’m not going to be that guy. But if you fancy watching Mattheus Diniz favourite referee and 100% everyone’s favourite writer I’m opening the card against Professional MMA Fighter Jamie Hay after he called me out on social media for a match.