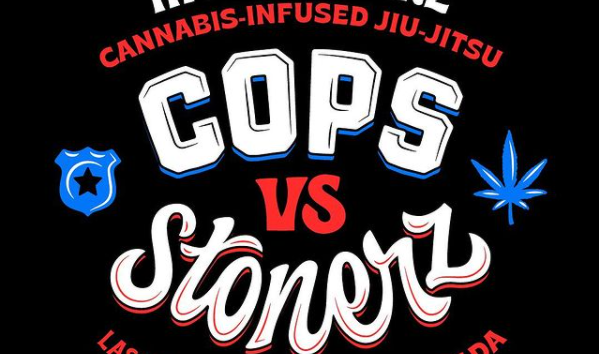 High Rollerz might be the most unique jiu-jitsu promotion in the world. The cannabis-focused events see grapplers smoking marijuana immediately prior to competing, with winners taking home up to a pound of legal weed as a prize. Recently, High Rollerz announced a new type of event: cops versus smokers. The competition is scheduled for September 18.

As the post explains, High Rollerz is partnering with Adopt A Cop BJJ — a nonprofit organization that pays academy fees for police officers looking to learn jiu-jitsu. “Stoned” competitors will compete just as if it’s a typical High Rollerz event, openly smoking immediately before stepping on the mat. Those stoned competitors will then face sober, active police officers in jiu-jitsu matches under the EBI ruleset.

High Rollerz held its fifth event on, fittingly, April 20. Competitors in the invite-only events must have a CBD or cannabis sponsor to enter. Past events have featured grapplers and MMA fighters such as Jake Shields, Diego Sanchez, Tex Johnson, Talita Alencar, and Jessica Eye.