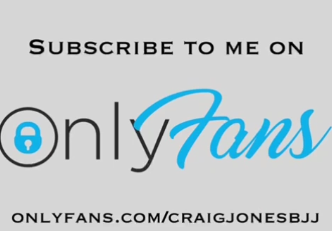 Craig Jones is never one to shy away from some creative promotion. Whether it be his infamous “F*** Craig Jones” rash guard, rolling with children, or challenging Gabi Garcia to a match, Jones is always searching for a new angle to market himself. That trend continues now, as he has officially launched his own OnlyFans page.

For those out of the loop, OnlyFans is a content-sharing platform in which content creators can earn money from subscribers for exclusive content. The twist, of course, is that OnlyFans pages typically involve adult, NSFW content.

Jokes aside, Craig Jones likely won’t be sharing any nudes, feet pics, shower videos or videos of him trying on new swimsuits. Instead, it looks like he’ll be sharing exclusive content about his training, jiu-jitsu technique videos, and more safe-for-work content.

Fans can subscribe to Jones’ page for free at here.

Jones has competed once this year, defeating Ronaldo Junior by submission at a Who’s Number One (WNO) event in February. He was scheduled to face Tye Ruotolo at the most recent WNO event, but was forced to withdraw due to health concerns. He is currently serving as a coach for Alexander Volkanovski‘s team on The Ultimate Fighter.