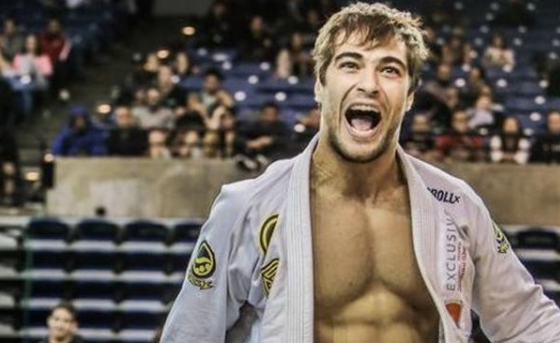 At the last Who’s Number One (WNO) event in April, the promotion announced that longtime Checkmat representative Luiz Panza would be taking on Gordon Ryan on May 28. But in light of Ryan’s unexpected departure from the sport, his teammate Craig Jones has stepped in to face Panza on just over a week’s notice.

Quite simply, Panza is an unknown commodity in the no-gi submission-only ruleset. Although his biggest accomplishment to-date is a 2016 no-gi world championship, Panza has competed almost exclusively in the gi for the past several years, and almost entirely in a points-based, IBJJF ruleset. And even in the gi, Panza has competed sparingly over the past couple of years, entering just one tournament in 2020 (he earned second at the 2020 Pans), and one in 2021 (he lost to Felipe Pena at BJJ Stars).

With that in mind, what are Panza’s chances against Jones? What does he bring to the table? What are his strengths and weaknesses? Will his game translate to no-gi competition?

Luiz Panza is a submission-oriented, leg locking, guard specialist. He has arguably the best 50/50 straight foot lock in all of jiu-jitsu; a full 40% of his submissions have come by way of foot lock, according to BJJ Heroes. What makes Panza’s approach interesting (or predictable, depending on perspective) is that he gets to his preferred position and submission in essentially the same way almost every single match. It’s no secret what Panza wants to do and how he wants to get there, but that hasn’t stopped him from securing wins over many of jiu-jitsu’s top competitors, including Bernardo Faria, Mahamed Aly, Yuri Simoes, and Claudio Calasans.

Panza’s A-game is relatively straight forward. He aggressively pulls guard, rarely accepting top position to begin a match. In an ideal situation, Panza is able to secure closed guard where he will immediately begin working to the 50/50 position. He does this, time and time again, by inverting to his right while underhooking his opponent’s left leg — not unlike the “k-guard” popularized by Lachlan Giles and Mikey Musumeci.

Panza will use this inversion to first threaten the kneebar, but his ultimate goal is to arrive at the 50/50. When his opponent opens his legs to defend the kneebar, Panza simply continues to rotate all the way to a locked-in leg entanglement.

Panza attempted this entry unsuccessfully against Vinicius “Trator” Ferreira in 2019.

Panza will also attack this position from the open guard, but again using essentially the same exact approach: underhook the leg, invert to the right, secure the 50/50.

Panza will often try this approach from a reverse de la riva guard in response to his opponent’s knee-cut pass. Here, against Max Gimenis, we see Panza threatening his typical inversion from reverse de la riva, but then using the space Gimenis creates to move directly to a leg entanglement.

Once Panza is in the 50/50 position, he has a devastating straight ankle lock that he will finish both on his side and belly-down.

Panza will also finish the foot lock in a more traditional manner, with his opponent’s foot on his outside hip. The approach and finishing mechanics stay the same, though.

Because Panza’s game is so heavy on inversions to create leg entanglements, his opponents often keep their base low and use their hands to control or manipulate Panza’s legs. This reaction creates openings for what is likely Panza’s second-strongest submission, the triangle.

And naturally, that dual-threat works both ways. The threat of a triangle creates opportunities to attack the legs.

In summary, Panza doesn’t have a particularly diverse game, but what he does, he does well. Although his successes have come in IBJJF competition, his game arguably lends itself better to submission-only rulesets, where he can focus less attention on guard passing and retention, and more on attacking. By constantly threatening a leg entanglement, Panza creates opportunities for triangles, and the threat of those triangles in turn creates opportunities for leg entanglements — ideally the 50/50.

In many ways, Panza’s strengths can be his weaknesses. Because he is so focused on inverting to his right to achieve the 50/50, he tends to present gaps in other parts of his game. Because he is so offensively minded, his defense leaves room for improvement.

For as strong as Panza’s guard is when he is on his right side or inverting to his right, it’s weak when his opponents try to pass to his left. Ferreira struggled greatly to make any progress toward passing Panza’s guard to his strong side, but the moment he moved to Panza’s left, he secured an underhook, flattened Panza out, and generally shut down any offensive attacks coming back his way.

That same weakness — defending passes to his left side — showed up against Tim Spriggs. Panza is simply not the same guard player when he is on his left side.

Another weakness of Panza’s game is his positional escapes. Perhaps as a result of his experience in IBJJF — where a guard pass can effectively mean the end of the match — Panza tends to expose his back when attempting to escape bad positions. By trying to avoid giving up any points, Panza opens himself up for back takes and submissions.

The above clip also demonstrates what seems to be a major weak spot for Panza: his top game. Because he is so dangerous from his back, Panza is an easy target for sweeps, and because he spends such little time in top position, his guard passing and overall top game appears to have fallen behind. There is very little footage of Panza successfully passing a high-level opponent’s guard, likely because that approach is far from his A-game.

How does Luiz Panza match-up against Craig Jones?

Make no mistake, Panza has the skills and athleticism to submit any jiu-jitsu player in the world. He is a true super heavyweight and an explosive athlete that moves like a lightweight. His inversion and explosive leg lock game lends itself well to this particular type of athleticism. He is an offensive dynamo, and if Jones allows Panza to get comfortable in his A-game, he could quickly be in trouble.

With that said, Jones will be a considerable favorite, and for good reason. An ADCC silver medalist, Jones has been one of the sport’s most active and successful no-gi competitors over the past few years with recent wins over Ronaldo Junior, Roberto Jimenez, Vagner Rocha, and Vinny Magalhaes, among others. In contrast, Panza’s lone no-gi win over a top opponent came in 2016 when he defeated no-gi world champion James Puopolo.

In terms of this match-up, Panza’s best submission — the 50/50 foot lock — leads him directly to danger against Jones. Importantly, Panza does not have competitive experience in rulesets like WNO that allow for reaping and heel hooks. While the 50/50 position is typically Panza’s strength, it is actually a liability against Jones.

Moreover, Jones offers much more from the top position than Panza. Whereas Panza will work almost exclusively from his back, Jones is a more than competent guard passer, a skillset he will use establish position, as well as create leg entanglements. At a more granular level, if Panza plays his typical guard game, he is giving Jones the inside foot position he needs to establish a strong leg entanglement.

Finally, it’s worth noting that Panza tends to tire the longer the match goes on. He will have a size advantage over Jones, but unless Panza plays on top, he won’t be able to use that size to wear down Jones over the course of a long submission-only match. By comparison, Jones has shown an excellent gas tank throughout his career and has ample experience in long matches.

In short, Panza is an explosive submission specialist, but he faces a stylistic nightmare under a ruleset he is not familiar with. Panza could pull off the upset if he latches onto a triangle or an ankle early, but the most likely outcome is Craig Jones winning by submission, whether it be leg lock or rear-naked choke.

How to watch: WNO takes place on Friday, May 28 and will air live on FloGrappling (subscription required).