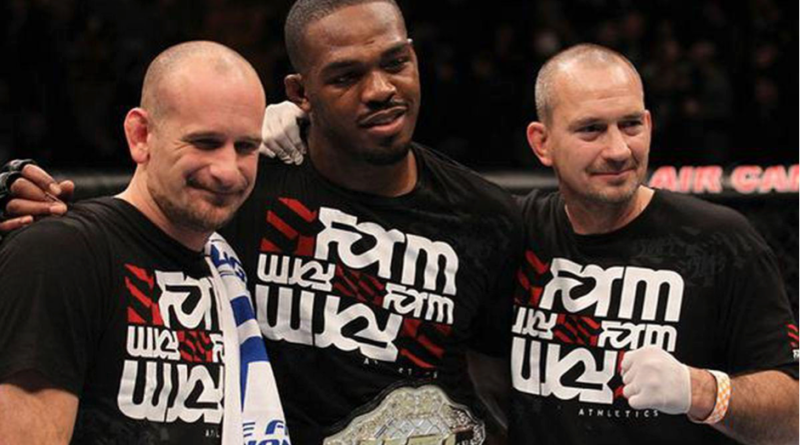 In light of Jones’ recent arrest, Jackson Wink MMA will no longer hold their doors open for the former UFC light-heavyweight champion. After his latest run-in with the law, Jon Jones has now been kicked out of his long-time training camp, Jackson Wink MMA (Jones has been with the Jackson Wink MMA since 2009). The news surfaced on a recent episode of the MMA Hour with Ariel Helwani, when Mike Winkeljohn gave a short interview and explained that he had kicked Jones out of his gym on a temporary basis in order to encourage him to focus on fighting his demons.

Mike Winklejohn announced the news on Ariel Helwani’s The MMA Hour stating, “I just had a conversation with him. I said, ‘Jon, here’s the deal, man. You’re like my little brother. You have to stop drinking and fix these things for a certain period of time until you come back to the gym.’ So at the moment, he’s out of the gym. He’s not allowed to come in the gym. I feel I had to do that, because ignoring it and expecting different results, as they say, is insanity… In my heart, I hope he comes back, wins the heavyweight title, stops drinking, goes forward, and goes on to bigger things.”

Winklejohn continued, “I’m hoping after a certain period of time he wants to come back to the gym and does it. But even if he doesn’t come back to the gym, I’m okay with it. In my own heart, I know that he might go on to win the heavyweight title. I’ll take myself out of a little bit of money. Whatever. That’s just not where my values are at right now. I just want to set the precedent for the rest of my guys in the gym and for people as a whole. Look, I’m all about forgiveness, but let’s go forward. Let’s fix these things. I know he can. I’m optimistic he can do that.”

Shortly after the news of Jon Jones being kicked out of Jackson Wink MMA surfaced, Jones took to Twitter to release his first official statement on it and seemed genuinely hurt by the outcome:

@jonnybones “Had a heartbreaking conversation over the phone with one of my longtime coaches last night, really hurts to lose the support of someone I respect so much. Sincere thank you to the rest of the coaches for staying in the fight with me. Our journey continues..”

Hopefully, with a little time away from the sport and the ability to focus entirely on himself, he may end up coming back to MMA better than ever before.