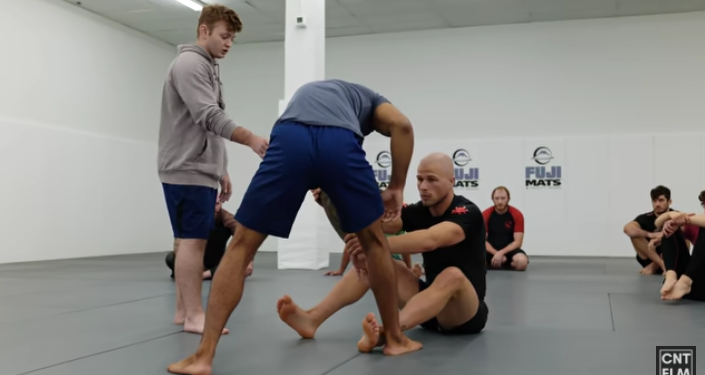 Obviously, one major component of a successful wrestle up is chain wrestling; once the guard player attacks the top player’s legs, the guard player must be able to string together wrestling techniques to finish a sweep. But, as Ryan points out, wrestling up from the guard is a skill specific to jiu-jitsu. The key, he says, is timing the entries to wrestling exchanges.

A black belt under John Danaher, Nicky Ryan is the youngest-ever ADCC competitor (16). He has competed three times so far in 2021, looking better each time. First, he earned a close decision win over PJ Barch at Who’s Number One, then followed that up with another decision win over Gabriel Almeida at another Who’s Number One event. His best performance of the year came at The Road to ADCC against Dante Leon, when Ryan showed off much-improved and effective wrestling. Ryan suffered a knee injury in that match, and is currently sidelined. He is the younger brother to top no-gi competitor Gordon Ryan.