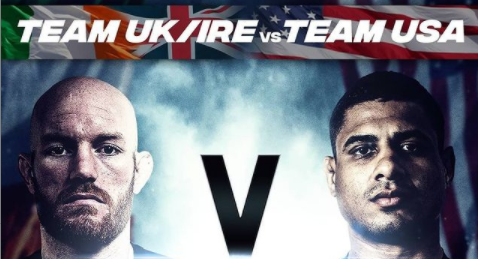 Team-based grappling will return to a big stage this summer with the third installment of Polaris Squads on July 17. And for the first time, the United States will be represented to take on some of the UK and Ireland’s best grapplers. Those teams are already starting to take shape, as JT Torres has been announced as Team USA’s captain, with Edwin Najmi also representing the USA. Darragh O’Conaill and Ross Nicholls will represent Team UK/Ireland across from them.

JT Torres is quietly one of the best grapplers in the world. An IBJJF no-gi world champion and two-time ADCC world champion, Torres doesn’t compete often, but when he does, he is typically dominant. His 2019 ADCC championship run included wins over Garry Tonon, Vagner Rocha, and Team UK/Ireland competitor Ross Nicholls.

Edwin Najmi is an ADCC veteran and one of the most exciting grapplers in the sport. A black belt under Romulo Barral, his penchant for flying submissions makes him a fan favorite and dangerous in submission-only rulesets.

The Polaris Squads event follows a mold similar to Quintet. Teams of grapplers compete in one-on-one submission-only matches with the winner staying on the mat to compete against the opposing team’s next chosen grappler. If a match ends in no submission, both grapplers leave the mat. The teams compete for a set period of time, and the team with the most submissions at the end of regulation wins.

How to watch: Polaris Squads on July 17 will air live and exclusively on UFC Fightpass.