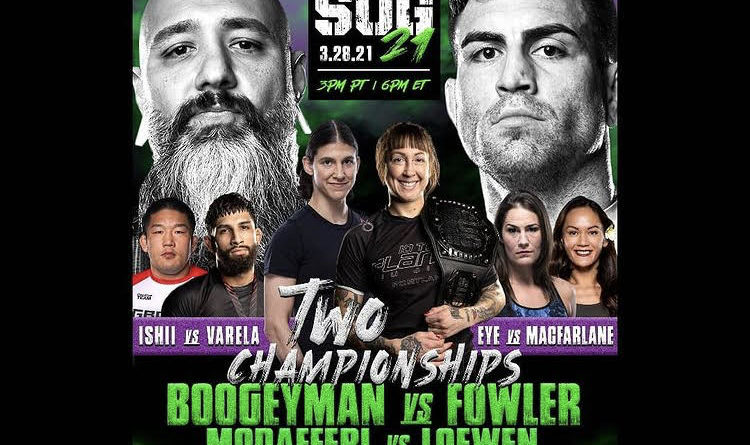 In 2020, Submission Underground (SUG) was one of the few grappling promotions to hold consistent events. After a couple of months off, the promotion has announced its first event in 2021; Mason Fowler will defend his SUG title against Richie “Boogeyman” Martinez in the main event of Submission Underground 21 on March 28. The card will also feature Amanda Loewen defending her title against Roxanne Modafferi, the return of tag team jiu-jitsu, and the promotional debut of a former Bellator MMA champion.

2020 was a breakout year for Fowler. A brown belt representing Caio Terra Academy, Fowler secured wins over elite competition like Roberto Jimenez, Craig Jones (twice), Vinny Magalhaes, and Satoshi Ishii on his way to the title. If he’s able to continue winning against that level of competition, Fowler will quickly establish himself as one of the top submission-only grapplers on the planet.

Martinez is no stranger to SUG and submission-only competition, and he’ll certainly give Fowler a stiff test. Tall, lanky, and flexible, Martinez epitomizes the 10th Planet style of jiu-jitsu; his aggressive guard game should lead to an interesting clash of styles against Fowler’s guard passing.

SUG 21 takes place on March 28 and will air live and exclusively on UFC Fightpass.