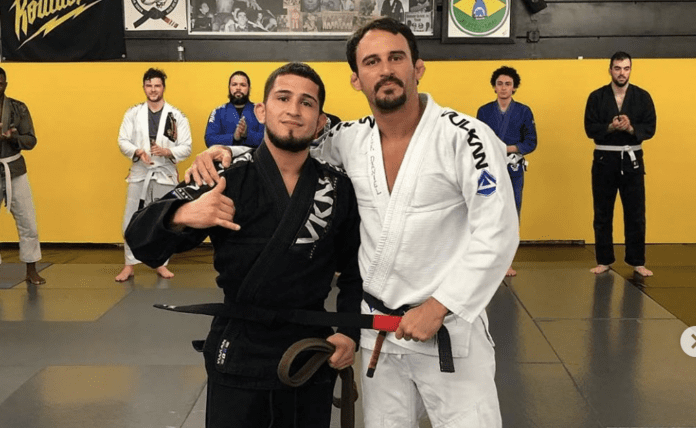 Sergio Pettis was just awarded his black belt in BJJ by his coach, two-time Pan Ams champion Daniel Wanderley. He joins his older brother, Anthony Pettis, in becoming a black belt in both Tae Kwon Do and Brazilian Jiu-Jitsu. This isn’t the first time that Sergio has followed in his older brother’s footsteps, as he signed for the UFC in 2013, three years after Anthony made his UFC debut.

Sergio Pettis initially had a pretty successful career in the UFC, going 9-5 with victories over some elite competition like Joseph Benavidez and a very close loss to current Bantamweight champion Henry Cejudo. Since word started to get around that the UFC may be shutting the flyweight division, Pettis decided to fight out his contract and test the waters of free agency and find out his real worth.

It wasn’t long before Bellator snapped up the younger Pettis brother and he is now set to make his promotional debut against Alfred Khashakyan at Bellator 238 on January 25th 2020. Meanwhile, Anthony Pettis is still plying his trade in the UFC and while his recent troubles and 9-8 record don’t sound too great on paper, he’s also faced a much higher caliber of opponent than his younger brother in a stacked Lightweight division. Coupled with a stint as UFC Lightweight Champion and an unsuccessful attempt at Featherweight gold, both brothers have had plenty of success shared between them.