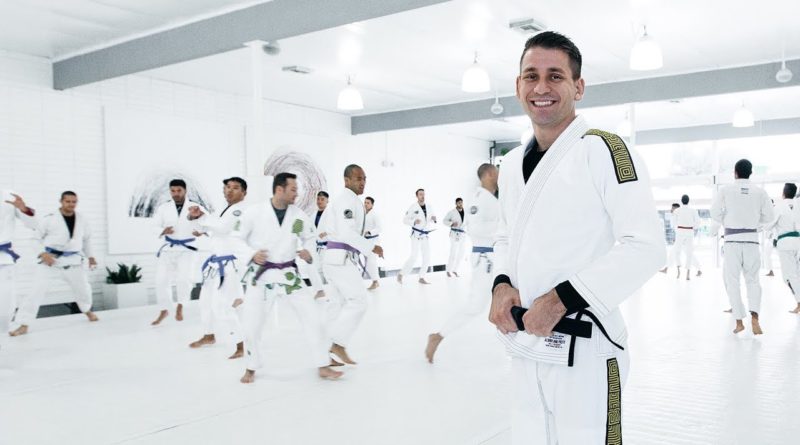 This is a part of a series of articles taking at in-depth look at the best competitors and their gameplan. This edition is on Rafael Mendes.

Rafael Mendes is a six time IBJJF world champion and two time ADCC champion. Know as a grappling phenom, Rafa revolutionized game and by many is considered as one of the best to ever step on the competition mats. Nowadays he is not competing and his main focus is on his gym Art Of Jiu Jitsu, and as well he is teaching plenty of seminars around the world. In this article we won’t focus on his record stats, instead we are going to overview Rafael’s game.

This is Rafa’s bread and butter position. He is know for being extra dangerous with open guards. His signature guards would be Collar and Sleeve guard as well as De La Riva guard. Collar and sleeve guard (the position is probably best described here by John Danaher) offers a variety of possibilities and attacks especially for triangles and omoplatas and Rafael was executing them at a high rate throughout his career. From De La Riva guard most of the time he will take opponent down by getting the DLR hook deep and gripping opponents back to initiate his fall. When he gets the opponent down he will often go for the Berimbolo by keeping the DLR hook in and placing other foot across opponents torso to block his upper movement. From there he will do a side roll and seek to take the back.

Rafa has also been known to attack variety of other options from De La Riva such as armbars and omoplatas. Another guard he utilizes often is the Reverse De La Riva guard from where he enters the “Kiss of the Dragon” position. This is where he gets under the opponents legs which gives him a huge number of opportunities to attack the back or even simply to sweep.

Rafa’s passing game is also extremely masterful. His style is what is often referred to as floating passing. The main thing here is that Rafa does not allow the opponent to get grips on him and has a low level squatting position with his knees closed together to avoid the opportunity for his opponent to get hooks in on his legs. When he feels the timing is right he will raise his level and this will usually lead to for leg drags. Sometimes he will also try stack passing from where he will seek to take the opponent’s back. An important detail to remember is that Rafa is using his legs and feet as wedges when guard passing to gain more control over his opponent’s legs, this is actually a concept that he teaches a lot.

This is where his game gets really slick. Watching Rafa’s overall game is really entertaining, but his control and endgame is on a level of its own. After a guard pass he will easily go from position to position, attacking constantly. If he feels that he is stuck in the position and his opponent is defending well he, will completely change side of attack with oversteps and as mentioned above, often using his feet as wedges.

No typical side control to mount game here as he plays this part of the sport in a very dynamic fashion. Opponents have had a hard time defending because it’s very hard to predict what attacks Rafa is planning to do. His main goal is to get to the back, and often his opponents are giving him that position without them even knowing it. From the back he will fake his submission attempts until he sees opportunity to execute one of them. Most of the time that is his favorite submission, the Armbar.