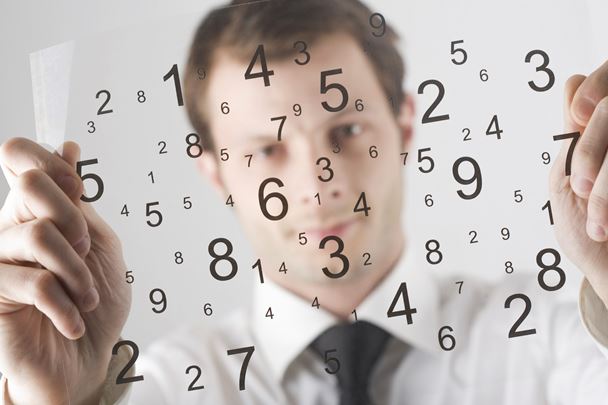 A comprehensive study of the statistics behind two recent BJJ events

Analyzing the stats behind grappling can often provide insight on what are the new trends, most popular moves/subs, best ruleset, and much more! We will be applying this knowledge to the Third Coast Grappling: Kumite and WNO events that went down this weekend. So join us while we go through the data to determine if this weekend’s events left us with some new trends worth checking out. We will be looking at submission stats, rulesets and the truth behind “who scores first generally wins”.

Of course, I’m referring to Third Coast Grappling: Kumite 1 and FloGrappling’s Who’s Number One events, both of which occured during the weekend. It is an interesting time to take a look at BJJ as a whole for two reasons: The first reason is of course the ongoing coronavirus crisis and the need for competition this created within the grappling community, and the second is that 3CG had mostly No Gi matches, while the WNO event had mostly Gi matches happening within a very close time frame.

This provides a unique oportunity to run some statistics for the Gi and No Gi matches, to see if we can obtain useful information that can shine a light on some of the most debated topics regarding each one of these grappling modalities. On friday, we had a very stacked Who’s #1 No Gi card, with Gordon Ryan stealing the show in the main event of the night, winning via Triangle-Americana over a very game opponent in Kyle Boehm. On saturday, Gustavo Batista’s strong positional top game was too much for Jaime Canuto, Gabriel Arges and Roberto Jimenez, winning 3 matches decisively to take home the 3CG title, and making 10k in the process.

This won’t be a results post, but a data analysis. You can click here for the WNO results and here for the 3GC results.

First, lets get into the Who’s Number One event. The WNO event run a total of 16 matches (all of them No Gi), and all but one under the F2W ruleset. The only exception was Gordon Ryan facing Kyle Boehm in a no time limit submission only match. Even though most people advocate that the F2W ruleset encourages submissions, only 5 of those 15 matches ended in subs. This equates for about 33.3% of matches ending in subs. The most popular submission of the night was the kimura with two appearences. One of them in the Orozco vs Santana fight from top position. The other one in the Gordon Ryan match through an American type lock from a fully locked triangle.

It couldn’t be a No Gi analysis without mentioning heel hooks, so lets see how the most talked-about submission in No Gi jiu jitsu did in this event. There was only one heel hook finish, representing 6.3% of total wins. The sub happened in the Elizabeth Clay vs Chelsah Lyons match. Clay snatched a nasty outside heel hook from 50/50 in under 2 minutes. All other submissions were upper body, representing 83.3% of total subs.

Even though the emotions were high on this one because it was one of the first big named events since the quarantine started, it was pretty much straightforward. There isn’t much room for analytics, because the ruleset didn’t allow anything other than submissions to be scored. You can hit me up on my instagram by clicking here and we can discuss other stats further.

So now let’s take a look at the Third Coast Grappling: Kumite event results. 3CG provided a mixture of Gi and No Gi matches. We’ll first take a look at the event as a whole and then analyze the Gi results specifically. This event run a total of 11 matches. 5 of them ended in submission (45.5%) and 5 were decided by points (45.5%). Only one fight ended in referees’ decision (9%), and it was Gustavo Batista vs Jaime Canuto

Submission rates were almost equal between No Gi and Gi matches, at around 50%. We should note that competition was way harder in the Gi than in No Gi. This is expectable since the No Gi portion of the card featured some local talent and colored belts. On the other hand, the Gi portion was composed of a who’s who of high level black belts. So let’s isolate the Gi part of the card and take a deeper look into the stats.

Sub rate for 3CG: Kumite was about 43% in the Gi, whereas the WNO event featured a 33% submission rate. Subs were all over the place and we didn’t see any attacks repeated through the night. What is worth noting though is that 60% of submissions came from some sort of back exposure. Either by attacking the back straight into a strangle or by using the opponent’s overextention to attack the arms. The event featured Gustavo Batista and Roberto Jimenez on the same card, so we could expect submission rates to be all over the place.

The submission of the night was without a doubt the armbar. It appeared in 3 of the 6 subs we saw during this event. Roberto Jimenez scored two of them, while Moses Cabrera scored the third one in the kids tag team match earlier on the card. This means that 50% of submissions came specifically from armlocks, and 83.3% of finishes were upper body overall. There was only one lower body submission on the night. It was a sick inside heel hook that Jordan Holy hit in the No Gi portion of the card.

The “first to score” theory was king on saturday. This concept refers to the notion that generally the person who scores first will win the fight. It even made me wander if this “fact” should be studied deeper. I would like to get more into this “theory” to determine how accurate of a statement it is, but it sure seemed like a reality last saturday, as 71.4% of the matches in the Gi were won by the person who scored first. The only two exceptions here appeared in the Roberto Jimenez vs. Manuel Ribamar and in Gabriel Arges vs. Jake Watson matches.

The match between Roberto and Riba ended in submission without either fighter scoring any points, while in the Arges vs. Watson match, Jake scored a quick 2 points from a sweep and was winning until Arges turned up the heat and started attacking the back straight from bottom position, eventually tapping Watson via Rear Naked Strangle. This evidence supports the theory that most times the first person to score will win, but we’ll have to keep track of this stat before we can say for sure.

Anti-submission of the night goes to…

The anti-submission of the night award went to Gustavo Batista, who played a brilliant tactical top game but was lacking in the submission department. He wasn’t able to hit any submissions in any of his three matches, and even though he dominated both the positional and tactical game, he was unable to rack up the style points for going after the submission. He won 2 by points and 1 by referees’ decision to take home 10k and the Third Coast Grappling title.

Interestingly, the No Gi event this weekend featured a lower sub rate than the Gi event. I have a theory about this much discussed topic about Gi vs. No Gi and how submission rate varies from one to the other. My theory is quite simple, it doesn’t matter if it is Gi or No Gi, but what matters is the athlete’s willingness to engage in submission attacks. Movement creates openings for both sides and this is independent of what the athletes are wearing over their body. The challenge is being able to define the set of rules, points or strategies that encourage this relentless pursue of the finish without sacrificing positional dominance and awareness.