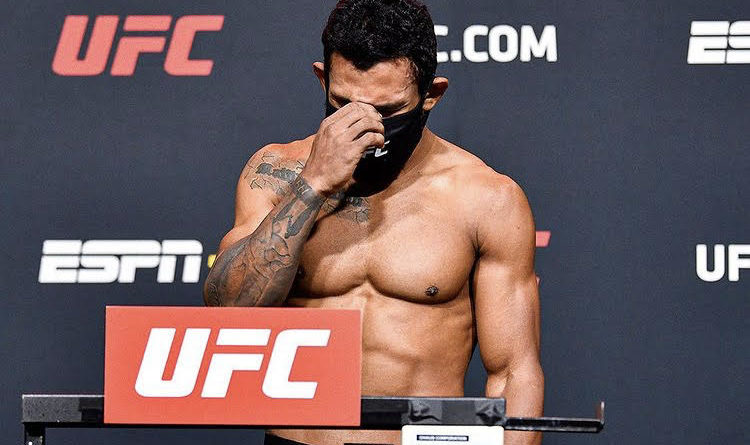 Sometimes, more is not better. That’s the case when it comes to missing weight, and apparently brand new UFC fighter Rafael Alves didn’t get the memo. On Friday’s UFC Vegas 19 weigh-ins, Alves missed weight by a whopping 11.5 pounds.

Alves weighed in at 157.5 pounds for a featherweight bout against Pat Sabatini. The contracted weight was 146 pounds.

The weight miss earned Alves the dubious honor of the largest miss in UFC history. That record was previously held by Anthony “Rumble” Johnson, who missed the middleweight mark for his fight with Vitor Belfort by 11 pounds.

Alves’ fight at UFC Vegas 19 was unsurprisingly scrapped. A professional since 2007, Alves was set to make his UFC debut following a successful showing on Dana White’s Contender Series in August 2020.

UFC Vegas 19 takes place on Saturday, February 20 and will air live on ESPN+.