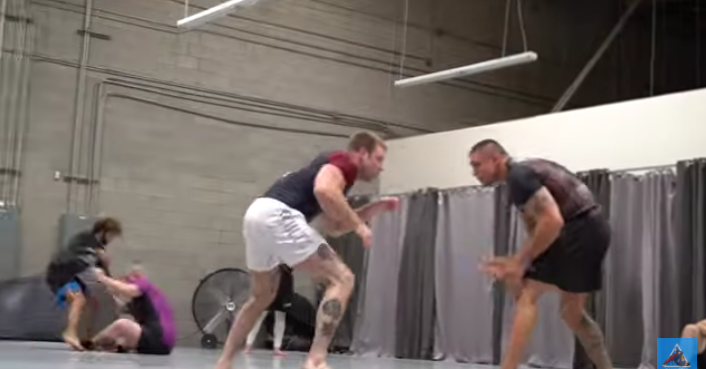 Nick Rodriguez is one of the fastest-rising talents the jiu-jitsu world has ever seen. After placing second place at the 2019 ADCC championships as a blue belt, Rodriguez has continued to compete and find success at the highest levels of the sport. Along with the notoriety that comes with a successful competition, Rodriguez is now an in-demand seminar instructor. In a recent video, we get to see Rodriguez rolling with some of the students on the Arizona wing of his current “Black Belt Slayer Tour.”

Rodriguez is an excellent wrestler; that’s no secret. What makes his style of wrestling so potent is that it blends perfectly well into a back-taking game, which is Rodriguez’s specialty. In the video, we see him do what he does best: defend takedowns, secure takedowns, and take the back.

Rodriguez has appeared in just three matches this year. First, at Who’s Number One, he displayed phenomenal guard passing to defeat two-time ADCC champion Yuri Simoes by decision. Next, at Third Coast Grappling 6, Rodriguez defeated Pedro Marinho by decision before losing in the semifinals to Victor Hugo.

Recently, in light of the news that the Danaher Death Squad was ending, Craig Jones and Rodriguez announced their intention to continue training together.