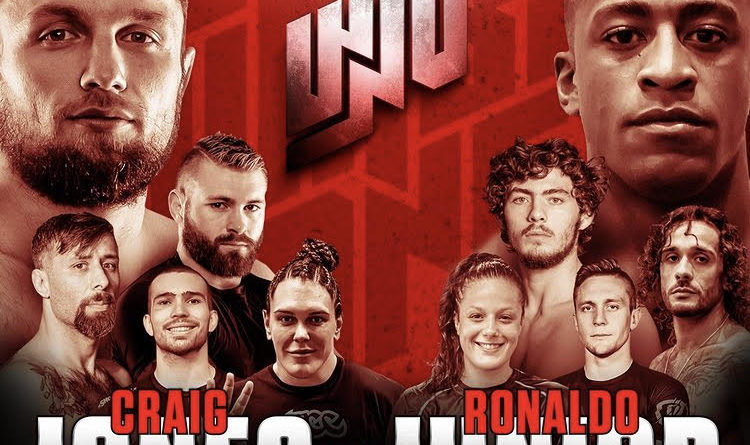 Craig Jones vs. Ronaldo Junior: This is a match-up that will only fuel the Danaher Death Squad vs. Team Atos rivalry. Jones is by far the more experienced no-gi and submission-only competitor, and on paper, Jones would appear to have the advantage in leg locks. Junior, however, is a phenomenal guard passer and was the 2020 IBJJF Pans gi and no-gi champion.

Gordon Ryan vs. Roberto Jimenez: Ryan is serving as an injury replacement for his younger brother, Nicky. Jimenez is one of the most promising and exciting young talents in jiu-jitsu; his all-attack style is fan-friendly and has been effective against some of the best grapplers in the world. He’ll have his hands full against Ryan, though, who is widely considered the best pound-for-pound no-gi grappler on the planet and is significantly larger than Jimenez.

Gabi Garcia vs. Nathiely De Jesus: Garcia is the most dominant female grappler in the history of the sport. She is a four-time ADCC champion and a multiple-time IBJJF weight and absolute world champion. De Jesus is also incredibly accomplished with her own weight and absolute world championships. Importantly, De Jesus was the last woman to defeat Garcia in competition.

Geo Martinez vs. Junny Ocasio: A long-time elite competitor representing 10th Planet, Martinez made a name for himself at the early Eddie Bravo Invitational events, but has continued to compete at a high level ever since. He is 1-1 in Who’s Number One competition, with a win over Paulo Miyao and a loss to Kennedy Maciel. Ocasio is a representative of Unity Jiu-Jitsu and is one of the most exciting no-gi grapplers on the planet. Look for this match-up to be a high-paced, all-action affair.

Andrew Wiltse vs. PJ Barch: Wiltse is relatively new to the competitive black belt scene, but has already made a splash with wins over John Combs and Pedro Rocha, as well as a 2020 IBJJF Pans no-gi championship. Wiltse’s specialty is guard passing, which should lead to an interesting style match-up against 10th Planet representative Barch. Barch has an advanced guard game and leg locks that complement his All-American wrestling, producing one of the more unique styles in jiu-jitsu.

Jessa Khan vs. Danielle Kelly: Khan and Kelly are two of the best up-and-comers in jiu-jitsu. Both are new black belts that enjoyed ample success in the colored belts. Kelly in particular already has a wealth of experience in submission-only competitions.

Jacob Couch vs. Elder Cruz: Known as “The Hillbilly Hammer,” Couch is a teammate of Andrew Wiltse and is a three-time Fight to Win veteran. Cruz is a Chackmat representative and was arguably the most dominant purple belt in the world in 2020.