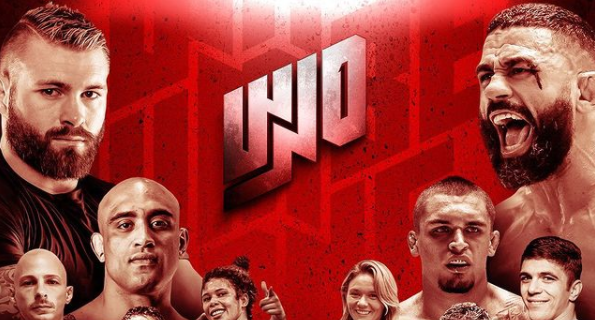 On Friday, March 26, Who’s Number One will return with another night of submission-only action for a card headlined by Gordon Ryan and Vagner Rocha. The event features a number of other compelling and interesting match-ups, including Nick Rodriguez taking on ADCC champion Yuri Simoes, and four-time world champion Mikey Musumeci competing in no-gi for the first time in five years.

Here’s the full Who’s Number One card and Grappling Insider’s prediction for each match.

Gordon Ryan vs. Vagner Rocha: Make no mistake, Vagner Rocha is no pushover. The Fight Sports representative, UFC veteran, expert back taker and finisher, and longtime black belt competitor will absolutely come to fight. But Rocha will be giving up a fair amount of size against Ryan, who is the near-consensus best pound-for-pound no-gi grappler on the planet. Ryan hasn’t looked bothered in any of his recent matches, and its unlikely Rocha’s mental warfare will throw him off his game. Prediction: Ryan by submission.

Nick Rodriguez vs. Yuri Simoes: A two-time ADCC champion, Yuri Simoes is undoubtedly more accomplished than Nick Rodriguez, and most likely a much more well-rounded grappler. However, this 15-minute submission-only match is exactly the type of situation in which Rodriguez thrives. Look for Rodriguez to be aggressive with his wrestling on the feet, and threaten occasional back-takes throughout the match. Once both competitors are sweaty and slippery, Simoes will have a tough time wrapping up the explosive and defensively-sound Rodriguez. Prediction: Rodriguez by decision.

Mikey Musumeci vs. Marcelo Cohen: Mikey Musumeci will make his Who’s Number One debut and compete in no-gi for the first time in five years in what is perhaps the most interesting match-up of the night. Marcelo Cohen is and has been the more active no-gi competitor, and will still be in competition mode after competing at the Combat Jiu Jitsu Worlds just last week. Still, it’s easy to forget that Musumeci won the first of his four world titles in no-gi, and is one of the best pound-for-pound grapplers in the world. Cohen is a stud, and it’s not clear if Musumeci’s berimbolo-heavy game will translate well to no-gi, but Musumeci has been simply dominant in his own weight class for several years. Prediction: Musumeci by submission.

Maggie Grindatti vs. Rafaela Guedes: Given the hype around Team Atos black belt Rafaela Guedes, it would be easy to count out Maggie Grindatti, who was soundly beaten by Erin Harpe in February. However, Grindatti, like Guedes, is a relatively new black belt and, also like Guedes, was an incredibly accomplished competitor in the colored belts. That said, Guedes has a more proven track record of success at this level, including wins over Gabi McComb, Elisabeth Clay, and Ana Vieira. Prediction: Guedes by decision.

Johnny Tama vs. Oliver Taza: The first match on the main card should be a fun one. Johnny Tama is a 2019 no-gi world champion and arguably more accomplished than Danaher Death Squad representative Oliver Taza. Taza, though, thrives in the submission-only format and will be on the card with two of his teammates. Look for Taza hunt Tama’s legs throughout this 15-minute match, eventually finding the grip on Tama’s heel. Prediction: Taza by submission.

The main card will live and exclusively on FloGrappling. The card also features a pair of preliminary match, which will be available free on FloGrappling’s YouTube and Facebook. Art of Jiu Jitsu’s Cole Abate will meet 10th Planet representative Ned Johnson, while purple belt phenom Andrew Tackett will meet Renzo Gracie’s Yadimarco.