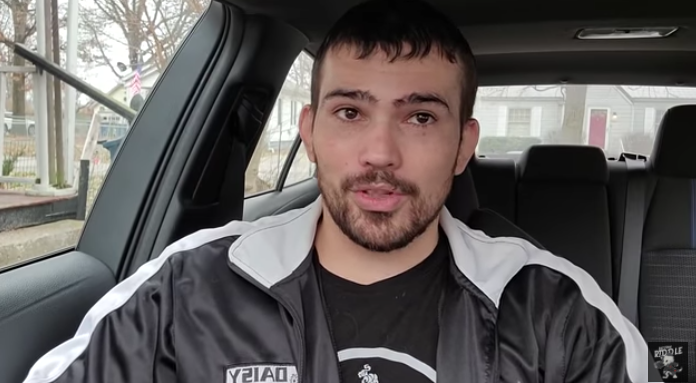 Elite black belt competitor Andrew Wiltse is never shy to share his opinion. The Pedigo Submission Fighting (AKA Daisy Fresh) stand-out has spoken openly about everything from his mental health, to sexual assault at Fight Sports, to steroid use at Atos.

In a recent video, Wiltse sounded off on a variety of topics, including the IBJJF requirements that competitors hold certain belts for a certain period of time before being promoted.

“They should just be abolished, in my opinion. I kind of get why they’re there. They’re supposed to be standards for the sport…”

Wiltse was an incredibly accomplished competitor at the colored belts. Because of his rapid success, he says he asked the IBJJF for an exception to allow him to be promoted quicker than the rules allowed.

“Obviously this is something I’ve had a lot of experience with, in that I was f***** by the time requirements, massively. When I was a white belt I won absolutely everything and I went to blue belt basically as fast as we could. And then I very much won everything. I didn’t just win the Worlds and then Pans. Then I went and won the no-gi Worlds and the no-gi Pans, and then I won the open at the no-gi Worlds and the no-gi Pans. So we messaged the IBJJF and we said, ‘Listen, he’s won everything. Can we give him his purple belt? It’s not really f****** right for him to keep competing against blue belts.’ And they said ‘no,’ and they said, ‘if you give him his purple belt he’s gonna get absolutely f*****.'”

Wiltse then alludes to a situation that may have earned him the ire of the IBJJF.

“So I had to stay at blue belt for way too long… They had a personal grudge against me at the time. Which I’m not going to very much go into. It had to do with me beating up some Brazilian kids that were like the sons of IBJJF referees at the time…

“The IBJJF time requirements. They should be abolished.”

In 2021, Wiltse was a no-gi Pans silver medalist and undefeated at Who’s Number One with wins over PJ Barch, David Garmo, and Gabriel Almeida. He is currently recovering from an injury that kept him on the shelf for much of the second half of the year.