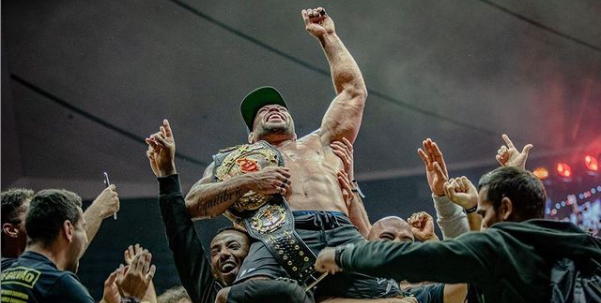 One of the most anticipated matches in ADCC history is finally coming to fruition. At the 2022 ADCC Championships, Andre Galvao will defend his superfight title against 2019 ADCC double gold medalist and current top pound-for-pound no-gi competitor Gordon Ryan. The ADCC announced the match-up on Instagram.

The rivalry between Galvao and Ryan has been simmering for years. Following his fourth consecutive ADCC superfight win at the 2019 ADCC Championships, Galvao announced his retirement from competition. Ryan won double gold at that same event and has looked nothing short of dominant since then, building anticipation for a Galvao/Ryan superfight at the 2021 ADCC Championships. With the global COVID-19 pandemic, that event became the 2022 ADCC Championships.

Adding to that anticipation was a war of words on social media that lasted months, with Ryan trying to prod Galvao out of retirement. That war of words culminated in an altercation between Galvao and Ryan in which Ryan slapped Galvao. In May 2021, Ryan announced an indefinite leave of absence from competition, citing ongoing health concerns. Shortly thereafter, it was announced that Galvao had accepted the 2022 ADCC superfight, and he had accepted it before Ryan had announced his break from competition. The feud has since calmed down, but now that the match is official, fans can expect things to quickly heat back up over the course of the next year.

The 2022 ADCC Championships are scheduled for September 17-18 and will take place in Las Vegas, NV.