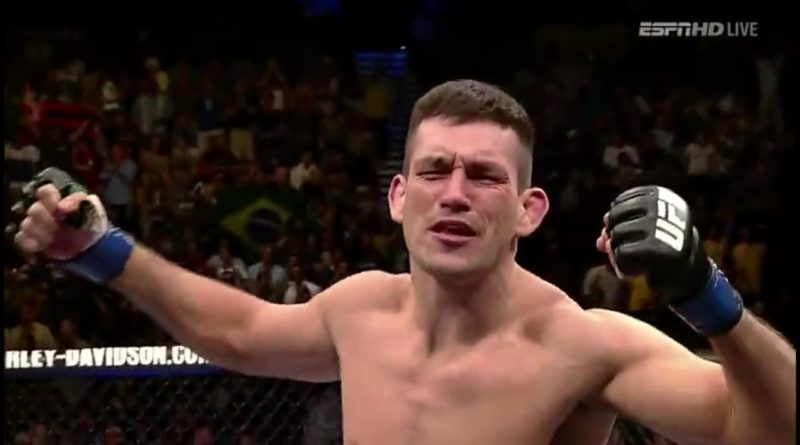 Demian Maia v Gilbert Burns is the fight every grappling didn’t know they wanted as it’s quite possibly the two best grapplers in the UFC Welterweight division meeting for the first time. According to Sherdog, UFC matchmakers are currently attempting to book the fight for UFC Fight Night 170 in Brasilia, Brazil on March 14th. UFC Brasilia is shaping up to be an elite grappling showcase as Rani Yahya is already booked for the event, shortly after taking home gold at the No Gi World Championships in the Masters division.

Demian Maia is coming off another world-class MMA grappling match when he choked Ben Askren unconscious. That being his third straight win, Maia is looking to build up towards one final title shot as he comes towards the twilight of his career. Despite turning 43 this year, Maia shows no signs of slowing down yet and will still make for a difficult challenge for Gilbert Burns.

Burns is no slouch though, owning three BJJ world titles and an ADCC bronze medal compared to Maia’s ADCC gold and silver medals. He also comes in to this fight on a strong four fight winning streak and coincidentally, also faced a high-level MMA grappler in his most recent outing. Burns took a Unanimous Decision over Icelandic sensation, Gunnar Nelson and looked very comfortable in doing so.

Burns has actually been competing in professional grappling more recently than his last MMA fight, having first featured against Tommy Langaker at Polaris 12. Despite not being able to come away with the win, the match was non-stop action and Langaker was not able to tap the American regardless of how hard he tried. Only two weeks later he also anchored the UFC Team at Kazushi Sakuraba’s Quintet Ultra, going 3-0 and beating Jake Shields, Yves Edwards and Sakuraba himself throughout the event.