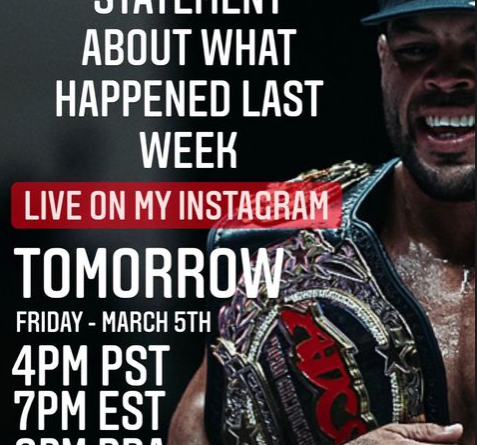 Two ADCC champions are at war with one another. X15 BJJ Black Belt World Champion Andre Galvao was seen to have had an altercation involving No-Gi world Champ Gordon Ryan; which involved an exchange of a few words and a slap or two from Gordon backstage at WNO.

Gordon claimed on his post-fight interview at WNO following his incident with Galvao that he talked sh*t to him when he was a kid, around 19 years old – and plenty of his Instagram posts explain in further detail why the animosity exists between the two. However, Galvao hasn’t yet had his say on things. Galvao plans to release his statement today to discuss what happened last Friday at WNO, and what the issues are between him and Gordon Ryan. With Galvao releasing his statement we can all get a better judgment of the situation, as of yet, we have only heard a fraction of the drama and that’s been from Gordon’s side.

Hopefully these two can settle the drama outside of the mats, and can finally have the fight everybody has been waiting for! Both are two legendary grapplers and whatever personal issues they have need to be squashed – whether Galvao’s Instagram Live will add fuel to the fire, or put it out – who knows. Galvao posted the times when he will be sharing his Instagram Live reporting on the matter that happened last Friday and addressing his problems with Gordon Ryan. However, it seems like most of the grappling world have already created their judgement. What will happen next between Galvao and Gordon? Hopefully a fight!

Watch the altercation between the two on FloGrappling’s YouTube,