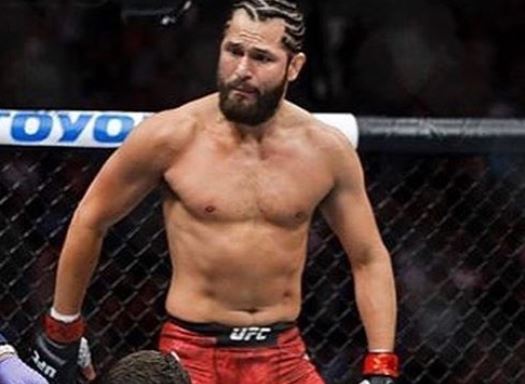 Thursday morning on ESPN’s Get Up, Jorge Masvidal had some things to say about Conor McGregor.

When asked if a match between him and McGregor would take place in the future, Masvidal replied Dana White “deemed it not good”, because “they don’t want a murder charge on me.”

He elaborated, saying he didn’t want to face jail time for “killing” McGregor.

I don’t want to go to jail for killing nobody.

Jorge Masvidal, on the potential of fighting Conor McGregor

Sensing another juicy quote coming, host Mike Greenberg pressed on. “You’re saying you would take care of Conor McGregor?” he asked. Masvidal responded with “The president said we can’t compete because I’m too much man.”

There is actually some legitimacy to this quote. Reports this summer stated that Dana White said Masvidal was “too big” for McGregor.

The president [Dana White] said we can’t compete because I’m too much man.

Though McGregor has two UFC fights at welterweight, they both were against Nate Diaz. The first was meant to be a lightweight fight between McGregor and Rafael Dos Anjos. It was only held at welterweight because Dos Anjos pulled out 3 weeks before the event with an injury and Diaz was a late replacement. After Diaz got the surprise win, a rematch was scheduled at the same weight class.

McGregor has mostly been a featherweight and a lightweight fighter, and the first UFC fighter to hold two titles in these respective divisions simultaneously.

Masvidal recently gave Ben Askren his first loss in a knockout win at UFC 239 this past July. After the win, Masvidal called out Conor McGregor, something that many fighters are doing these days. “Gamebred” is currently ranked #3 in the welterweight class.

Masvidal is set to face Nate Diaz Nov. 2 at UFC 244. There are often rumors about Conor’s next fight, but they mostly appear to be rumors at this point.