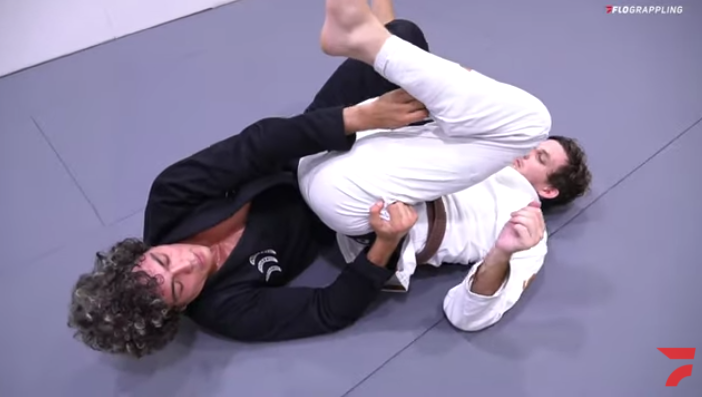 Unity Jiu-Jitsu black belt Levi Jones-Leary has undeniably one of the best berimbolo games in all of jiu-jitsu. An IBJJF Pans and European Open champion, Jones-Leary needs just the smallest of openings to enter on the berimbolo, ultimately finding his opponent’s back.

In a recent video from FloGrappling, Jones-Leary detailed his favorite way to berimbolo all the way to the back.

One thing that makes Jones-Leary’s berimbolo unique is that he doesn’t immediately attempt to invert under his opponent to take the back.

For me personally, I don’t like to do the traditional roll… I find it’s too much space. Personally, I try to go to mount first.

If and when his opponent defends the mount, Jones-Leary can then roll under for the back take. When attacking the back, he makes sure to stay lined up with his opponent, with his feet by his opponent’s head.

I want to put my feet onto the mat next to your face. If I try to stomp down too far out here, I’m gonna lose your knee and it’s not going to be tight.

A black belt under Murilo Santana, Levi Jones-Leary was a 2019 black belt Pans, European Open, and Spyder Invitational champion. He is coming off a third-place finish at the AJP Abu Dhabi World Pro. Prior to that, he tested the waters in no-gi picking up an impressive victory over Oliver Taza at Who’s Number One.