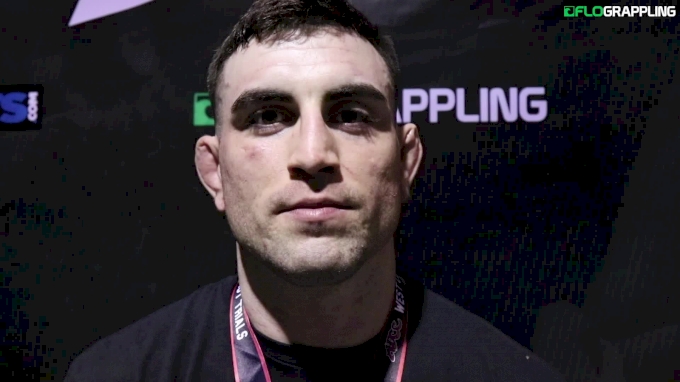 Mason Fowler takes on Craig Jones for a third time this Sunday, Aug. 30. In their first match at ADCC in 2019, Jones won with a guillotine choke with 30 seconds left in the round.

In their second match at Submission Underground 16, Fowler won by “verbal tapout” in overtime. This was a controversial match because Jones never actually tapped out. But the referee stopped the match after hearing Jones grunt while Fowler was applying pressure in a rear-naked choke attempt.

I caught up with Fowler before leaving for the third match this weekend. Here is what he had to say.

Fowler: It’s been brutal. These Jiu Jitsu training camps are just as hard, if not harder than some MMA camps. When you’re doing an MMA camp, you’re doing some stand-up, Jiu Jitsu and some wrestling. But in a Jiu Jitsu match, you’re doing Jiu Jitsu only, day in and day out.

GI: Did you bring in any guys from other gyms to help you prepare?

Fowler: I have at my disposal a pretty good set of grapplers. We have Caio Terra, who is technically amazing. And then we also have Yuri Simoes, as well as a bunch of other black belts.

GI: Do you train in a gi much?

Fowler: For the past 13 weeks I haven’t been in the gi too much.

GI: Do you like the ‘Sub-Only’ rules or do you prefer the ADCC ruleset?

Fowler: It depends. If you gave me five different opponents, I would probably give you five different answers. I’m a good wrestler so anytime you put me in a sub-only match you take that out the window. But if I’m faced against a high-level wrestler that doesn’t know Jiu Jitsu, I would want to compete against him sub-only.

GI: You haven’t been in any leg entanglements with Jones. Do you feel like he is even a threat to you with leg locks?

Fowler: I know it is a huge threat and that is why I don’t even let myself get into that position. I’m also very versed in leg locks, but my thinking is ‘why would I go into his A-Game?’

Fowler: The thing with Jones is he has really strong grips. But where I think I have the advantage is with my explosiveness.

GI: How do you feel about the ref stoppage in the last match?

Fowler: I think it was unfortunate, because I think I was in a good position to win the match either way. I was really comfortable on his back and felt like I could have either got the finish or accumulated more ride time than him. But who knows? He could have finished me in the next round. Hopefully, this time there won’t be any controversy.