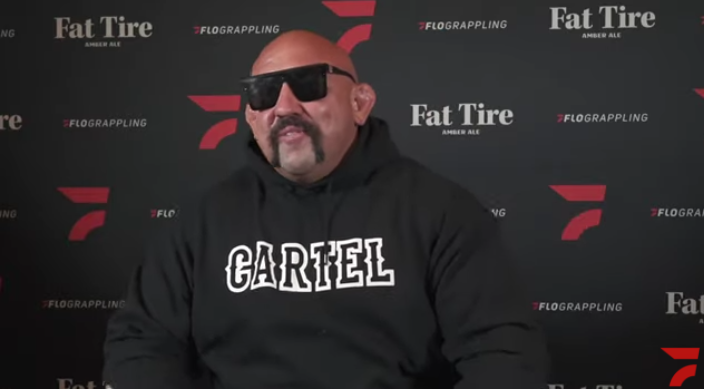 Last week, ADCC champion Orlando Sanchez found himself the focus of a viral video showing him involved in a gym dust-up with current UFC middleweight fighter Sean Strickland. In the video, we see Sanchez and Strickland grappling, then Strickland hitting Sanchez with a back fist and a kick after he says Sanchez pulled a “d*ck move” by cranking on Strickland’s arm. Sanchez has now given his side of the story in an interview with FloGrappling.

“I ain’t never met him before in my life. No clue who he was, who he is, nothing,” said Sanchez, who maintains he had no idea what he was getting himself into when he agreed to grapple with Strickland. According to Sanchez, Strickland threatened him.

“He started talking sh*t about jiu-jitsu… [he said] ‘regardless of who you are or what you’ve done, I’m still gonna beat the f*ck out of you.'”

Despite Strickland’s aggressive words, Sanchez maintains that he never tried to hurt Strickland.

“He was some guy telling me he was gonna beat my ass…” said Sanchez. “I would never hurt my training partners intentionally. I just wanted to show him who’s in charge.”

The video ends with Strickland calling off the training session, saying that his arm is injured. But Sanchez says that immediately after the cameras shut off, things cooled off quite a bit.

“He apologized right after, literally right after the video. He was cool. He even wrote me afterwards, ‘I’m sorry for my reaction.'”

Strickland is currently scheduled to appear in his first-ever UFC main event next month, when he will face Uriah Hall.

Sanchez was a 2015 ADCC champion and a 2017 ADCC silver medalist. He has not competed since the 2019 ADCC championships, but said in the interview that he plans to compete at the 2022 ADCC champion, as well as a potential match-up on a Who’s Number One card.