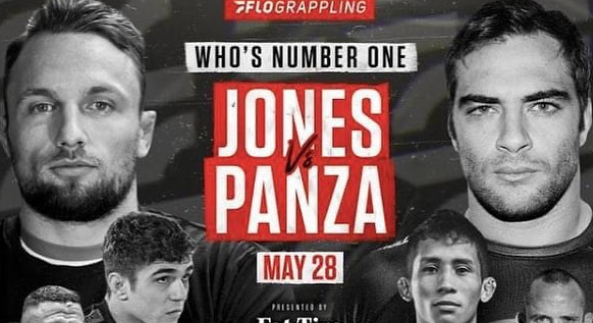 On Friday, May 28, Who’s Number One (WNO) will hold its fourth event of the year with a card headlined by Craig Jones and Luiz Panza. Lower on the card, four-time world champion Mikey Musumeci once again competes in no-gi as he will be taking on top 135-pound competitor Lucas Pinheiro. Below is the full card line-up, betting lines, preview and prediction.

Betting lines are courtesy of Fight to Win sportsbook.

Craig Jones vs. Luiz Panza: You can read a full breakdown of Panza’s game here. In short, the things Panza does best will bring him directly into the danger zone against Jones. Jones is the much more accomplished and experienced no-gi and submission-only grappler compared to Panza. Unless Panza can manage to catch Jones with a surprise leg lock or triangle early, this is Jones’ match to lose. Prediction: Jones by submission.

Mikey Musumeci vs. Lucas Pinheiro: Musumeci’s match against Marcelo Cohen in March was his first no-gi appearance in about five years. For his second, he sees a big step up in competition, as he faces 2020 Pans gi and no-gi champion Lucas Pinheiro. Pinheiro’s top pressure and guard passing should put Musumeci’s no-gi bottom game to the test in a fun match while it lasts, but Musumeci is one of jiu-jitsu’s top pound-for-pound grapplers right now, and he should have the upper hand here. Prediction: Musumeci by submission.

Vagner Rocha vs. Josh Hinger: This might be the most interesting match of the night. Vagner Rocha typically likes to wrestle and impose his top game, but that could lead him to trouble against the front headlock specialist Josh Hinger. Still, Rocha has faced the stiffer competition lately and generally came out on top; look for him to impose his pace throughout the match both on the feet and on the mat. Prediction: Rocha by decision.

Nicky Ryan vs. Gabriel Almeida: At the last WNO, Nicky Ryan returned from an extended lay-off successfully with a razor-close decision win over PJ Barch. He is a large favorite over Checkmat’s Gabriel Almeida, but Ryan is likely in for another nip-tuck affair here; Almeida is one of the most defensively sound and stingiest competitors on the scene today. Ryan’s wrestling-up game from the bottom position and general aggression will be the difference. Prediction: Ryan by decision.

Jessa Khan vs. Pati Fontes: Both women are coming off bronze-medal performances at the no-gi Pans. Prior to that, top Art of Jiu-Jitsu competitor Jessa Khan looked phenomenal against Danielle Kelly at WNO. She has been the more active competitor lately, compared to Checkmat’s Pati Fontes. Prediction: Khan by decision.

Jonatha Alves vs. Oliver Taza: Art of Jiu-Jitsu’s Jonatha Alves is one of the most promising young talents in all of jiu-jitsu, and he’ll be taking on Danaher Death Squad representative Oliver Taza. Alves is absolutely the real deal and stands to be a pound-for-pound great in the future, but Taza’s leg lock game, rapidly-improving wrestling, and experience in this ruleset make him a dangerous opponent. Prediction: Taza by decision.