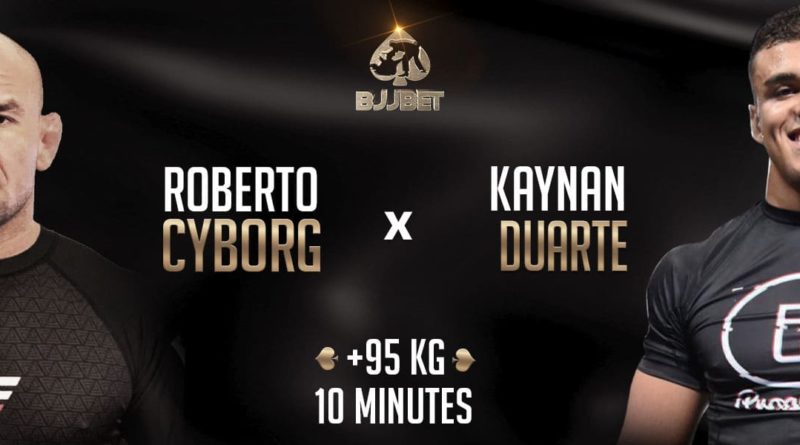 Here’s the truth about BJJ Bet Brazil: It had everything to be one of the greatest events of its kind. There were two aspects that made it captivating. First, it was the introduction of a new betting method included with your pay-per-view buy. This made it possible to make money by simply buying the PPV. The second was a plethora of evenly matched competitors who promised an action-packed event. If you want to check out our preview, follow the link.

Most matches were great. The production value was off the charts, but the PPV system was extremely lacking. Problems with the site made it difficult to watch the event as a whole. Also, even though the fights mostly delivered, some matches proved disappointing. The line-up was amazing, but as is sometimes the case in grappling, some styles didn’t play out well.

The event organizers dealt professionally with the PPV problems. They admitted their difficulties, and allowed buyers to re-watch the event if they experienced problems. The issue was that this didn’t solve the problem at hand. In my case, I purchased the PPV to watch on the weekend. I learned after the event that the promoters gave the event for free. This was frustrating to say the least.

Just as a reminder, here’s a summary of the card and how it played out:

The Truth About BJJ Bet: The Good #1

The good is obvious — the matches delivered with a few exceptions. The main event between ‘Cyborg’ Abreu and Duarte was compelling. Both carried winning streaks into the event. Abreu is having one of the most successful runs of 2020. He is 11 matches in so far this year, and won all except for a draw with Nick Rodriguez.

Kaynan is the reigning ADCC +99kg champion, so that’s an introduction in itself.

The match played out on the feet for the first two minutes. But after that it was Abreu on top standing and Duarte on bottom seated guard. Twice Duarte was in on the legs, but this proved to be his undoing. ‘Cyborg’ finally tapped him via inside heel hook as he tried to enter 50/50. You can see our full breakdown of the fight ending move here.

There was another amazing match between Marcos ‘Petcho’ Martins and Servio Tulio. This was given ‘Fight of the Night’ honors by the promotion. It was match of the night by a landslide. First it was ‘Petcho’ Martins hunting for Tulio’s back and attacking a collar choke. Then it was Tulio jumping to Martins’ back from a single leg attempt.

Martins seemed to be a bit ahead on the exchanges, but it was back and forth. Finally, it was ‘Petcho’ who got to the back by countering a takedown. From there it was the Martins’ show and he submitted Tulio with a collar strangle from the back.

The production was stellar. Even without a crowd, everything from lights to scenery was on point. The music was great and the commentary team was excellent. The event had both English and Portuguese commentary, and both had high-level athletes as commentators.

Also, the mats were huge. This is somewhat of a recurring theme in BJJ, as more athletes use the boundaries to play the rules. The larger mat space allows for less frequent resets and more action. Even the most action-packed match of the night, Tulio vs Martins had only two resets, and they were all over the place.

And Now For The Bad

There was one aspect of the pay-per-view that really left fans scratching their heads and that was the PPV stream. This is one of the key aspects of any event with a livestream component. It’s something that people don’t notice when it’s working correctly, but destroys the ratings when it doesn’t.

The PPV crashed repeatedly. The promotion was quick to regroup and solve the problem, but it made the event difficult to follow. They took to their Instagram to clarify that the problem emerged from a third-party company that was responsible for maintaining the streaming service.

Even though it’s clear that company failed, as a promotion you can’t blame others for this mistake. The final responsibility is on the promotion. They chose the company and set their requirements. Even though the event was great in production value and match-ups, this hurt the brand badly.

Nonetheless, several high-level athletes posted that they still supported the event. Fighters like Andre Galvao, Romulo Barral and Kyra Gracie all expressed their support. The issue worsened when the promotion decided to ‘redeem’ the buyers by making the event free to watch once. This is where most PPV buyers felt they had been taken. And it didn’t solve anything for those who actually paid for the event.

There was one other thing that struck me. That was Erberth Santos’ disappointing performance. He fought Felipe Pena in one of the most anticipated matches of 2020. This match was a repeat from their previous one at BJJ Stars, where Santos went full berserker on Pena.

There was also the lack of female athletes on the card. Only one of the 13 matches featured women. This was unfortunate, because that fight was another strong candidate for ‘Fight of the Night’ honors. Women have shown time and time again they can be featured in these events as well as men. Other fighters like Bianca Basilio, Michelle Nicolini, Claudia Do Val (amongs others) live in Brazil, so travel restrictions weren’t an issue.

Santos started strong with a powerful single leg. He even looked at the crowd confidently. Santos then proceeded to get close to getting Pena’s back from half guard top. He even had one of the grips for a collar strangle. Pena swiftly recovered guard and pressed the attack, finally entering a matrix on the far leg.

Santos fell to his back and attacked a toe hold on the matrix hook, but he had no control of the legs. Pena cleared the foot and was on top position. He forced a half butterfly on Erberth. He wasn’t using the butterfly hook to frame and Pena blasted through his guard as soon as he realized it. Pena then underhooked the far side arm and went straight to mount.

And that was it… Pena switched to a high mount when Santos simply quit. Just like that. Pena got up confused and was hesitant to celebrate amid the confusion. This is the fifth incident Santos has had with verbal tapping, so we shouldn’t be surprised by now. But he is so talented, it’s hard not to comment. This is even harsher when you factor in that Pena injured his foot on the takedown. So he wasn’t 100 percent either.

Some blamed it on the weight cut and on Santos feeling bad, but I think it’s time to address it. Santos is not fighting to his full potential, and it’s a shame. Because when he is on, he is a force to be reckoned with.