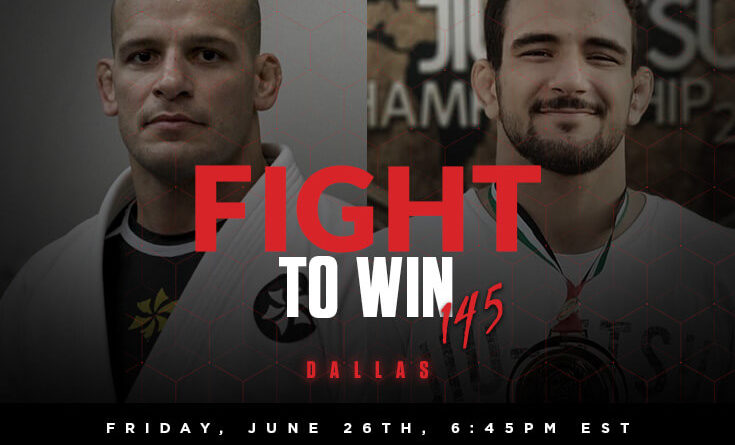 Fight 2 Win 145 took place in Dallas Texas as the promotion continued it’s fantastic run of recent results in the lone star state. Before the main event, Garry Tonon made a welcome return to the F2W stage as he made short work of Osvaldo Quexinho Moizinho with a slick inside heel hook. The last time he was seen under this promotional banner was one of the most exciting matches in F2W history against Davi Ramos back at F2W 132 and his appearances might be a little more frequent seeing that his plans for a ONE FC Welterweight Title shot might be delayed for the foreseeable future.

The main event saw the return of another legend of the sport as the man with the unpassable guard, Xande Ribeiro, made his return to professional grappling after a two year layoff to take on ADCC veteran, Gabriel Almeida. Ribeiro attempted a Flying Triangle Choke only seconds into the match although Almeida escaped and quickly countered with a Toehold attempt of his own. After shutting down the submission, Ribeiro then started working to pass Almeida’s guard and managed to take his back as the result of a brief scramble. Almeida then escaped the back control and the following mount attempt as Ribeiro tried to maintain a dominant position.

As they started to return to standing, Ribeiro pulled guard and quickly got the sweep. Although Almeida managed to get back on top briefly, it wasn’t long before Ribeiro swept him again and started pressure-passing. Almeida held him in quarter guard for a while as Ribeiro was working the lapel, although it wasn’t long before he freed his foot and transitioned to an Armbar. Almeida defended bravely but it was only a matter of time before Ribeiro extended the arm and secured the tap.

The full replay of the live event can be seen on FloGrappling, click here to watch.