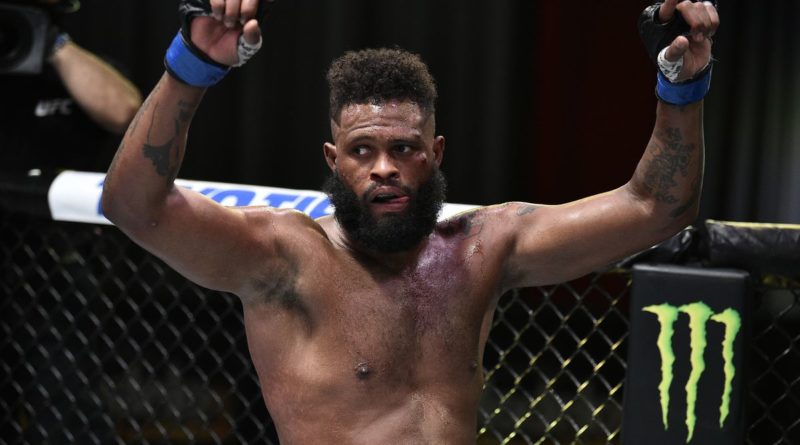 UFC On ESPN 12 marks the ninth consecutive UFC event to take place without a crowd and the promotion is really getting into the swing of things now, especially with the first four Fight Island events right around the corner now. They’ve had to make use of an incredibly strict Coronavirus testing policy in order to enable the return of combat sports and remarkably, there haven’t been any publicly announced positive tests since Ronaldo “Jacare” Souza and some of his corner at the very first event after the short break, UFC 249.

The main focus leading up to this event was split between the main event that saw a fantastic fight between ex-UFC interim Lightweight Champion Dustin Poirier and Dan Hooker, and the strange news that Mike Perry would be fighting without anyone other than his girlfriend in his corner. But after all was said and done, a rather unheralded fight between Maurice Greene and Gian Villante is the one that seemed to draw the most attention.

The match started perfectly normally with a feeling out process followed by what was largely a striking match, both fighters landed good shots throughout but Villante was likely building up a lead on the scorecards. Then in the third round, Villante dropped Greene with a hard counter left hand and rushed onto him to try and secure the victory, using the last of his gas tank and settling into Half Guard when he couldn’t find the finish.

That’s when something strange happened and Greene decided to lock up an Arm Triangle from Bottom Half Guard, squeezing like his life depended on it. Dominick Cruz was adamant that it was a waste of energy for Greene and never going to work, until somehow, it did. Villante tapped and Greene got the finish via Arm Triangle from Bottom Half Guard in one of the strangest turn of events we’ve seen in a long time.

Or in order to watch the full replay of UFC On ESPN 12, click here.