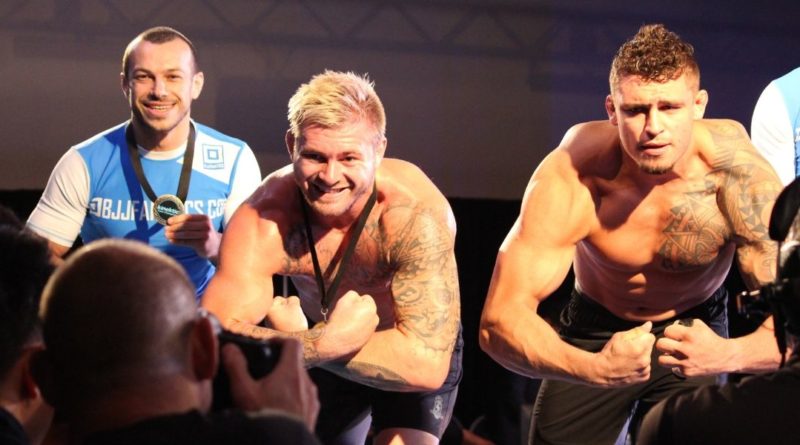 When a 175lb Brazilian dominated the field at UFC 1 we learned that Brazilian jiu jitsu is king and that muscles and might are no match for technique, or did we?

The most common lie we hear in BJJ is that strength doesn’t matter, but it’s far from the truth. Technique absolutely does beat strength, as long as the strong athlete has no concept of submission grappling, but with minimal training the benefit of skill starts to lessen and the value of strength becomes more apparent.

I have seen it with my own eyes on multiple occasions. I have seen a 150lb brown belt be tapped by a 250lb white belt and numerous other occasions where the bigger, stronger man beats the more technical grappler. As much as we would love it to be, BJJ isn’t a superpower and a belt isn’t a cloak of infallibility .

Being tapped by someone less experienced than you isn’t the end of the world, nor is it a bad thing, sometimes these things just happen. My real gripe is with the instructors that with one breath speak of BJJ as some sort of mythical power then still take steroids to compete because “everyone else is just so strong”.

Strength is a skill and a lifetime strength athlete will likely overtake a blue belt who came to the sport out of shape. Nick Rodriguez’s rapid rise through the nogi world has illustrated the benefit of athleticism and he regularly beats people with a lot more training and technical prowess. While Nicky Rod has wrestled, his ascent to the grappling elite is helped by his strength and speed.

Brazilian jiu jitsu is the best way for a smaller man to defeat a larger one in unarmed combat, but we need to understand the hierarchy of skills. If you are a out of shape purple belt, don’t be surprised if a larger more athletic white belt or blue belt can dominate you especially nogi.

Many people will cite Pedro Sauer’s mauling of bodybuilder Lance Bachelor as proof that BJJ overcomes strength and it’s true. If you’re as good as Sauer you’ll destroy any strongman, but the reality is that most BJJ practitioners are nowhere near Sauer’s level.