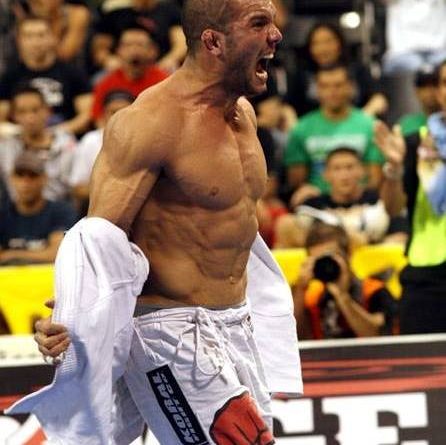 Four-time IBJJF World Champion and ADCC champion, Rodolfo Vieira has booked his second fight in the world’s premier MMA organisation for UFC 248. BJJ fans across the world knew that the UFC had done something special when they secured Vieira’s signature, regardless of his fledgling 5-0 record at the time. Those five fights were all in much smaller promotions where Vieira dominated his opposition and finished all of his fights, four by submission and one by knockout.

In his debut at UFC Uruguay on 10th August last year, Rodolfo Vieira wasted no time at all in putting his elite-level Brazilian Jiu-Jitsu to work. He finished fellow BJJ Black Belt, Oskar Piechota by Arm Triangle in the second round to keep his undefeated record going. He was then scheduled to return to professional grappling for Third Coast Grappling 3 against Gordon Ryan, but was forced to withdraw and eventually be replaced by NCAA champion, Bo Nickal.

Vieira’s second fight in the UFC has now been announced as being against Saparbek Safarov, who currently holds a 9-2 MMA record. Safarov originally entered the promotion with an 8-0 record and a vast amount of Combat Sambo experience, so he’s no slouch on the ground. After losing his first two fights in the UFC, Safarov righted the ship with a Unanimous Decision victory over Nicolae Negumereanu back at UFC Fight Night: Till v Masvidal. Safarov may have a size advantage however as this will be the first time that he makes the cut to Middleweight, all of his previous fights having been at Light-Heavyweight.

This marks Rodolfo Vieira’s first appearance on a PPV card, one that is due to be headlined by Israel Adesanya and Zhang Weili’s first title defenses against Yoel Romero and Joanna Jedrzejczyk. The event also features the return of Sean O’Malley after his impressive grappling performance at Quintet Ultra and Neil Magny’s attempt to start another winning streak against Li Jingliang.