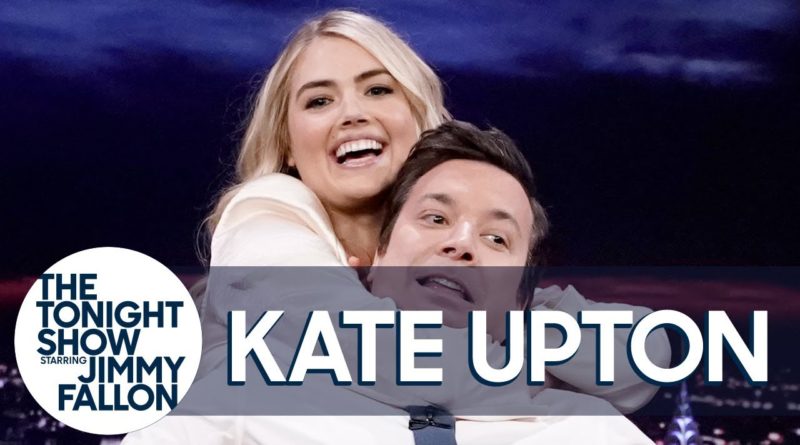 Kate Upton is a prolific supermodel and actress, having starred in films like Tower Heist (2011) and The Other Woman (2014). Her having to rely on her looks to make money hasn’t stopped her recently taking up Brazilian Jiu-Jitsu (BJJ) in her spare time though. She recently announced on Twitter that she received her first stripe on her white belt, back in December 2019.

On a recent appearance on The Tonight Show with Jimmy Fallon, she was asked to put her Jiu-Jitsu skills to the test. She seemed genuinely excited to wrap her arms around the host, and who can blame her really? Kate Upton took full advantage of the opportunity and walked behind Fallon to sink in the choke.

While not exactly the most technical example we’ve ever seen, it’s great to see another celebrity embracing BJJ and helping to spread the news to the masses. It seems like as the years go on, more and more celebrities are trying out BJJ and falling in love. The extra exposure can only be a good thing for the sport and who knows, one day it might even be as instantly recognizable as it’s olympic cousin, Judo.

The extra attention won’t just be a good thing for the gym owners around the world hoping to see an increase in membership, it could also be a good thing for the current fans and competitors. With added awareness, it’s entirely likely that we start to see more natural athletes drifting towards BJJ which will only help the growth of the sport overall and more importantly, the quality of competition we get to see at the highest levels.