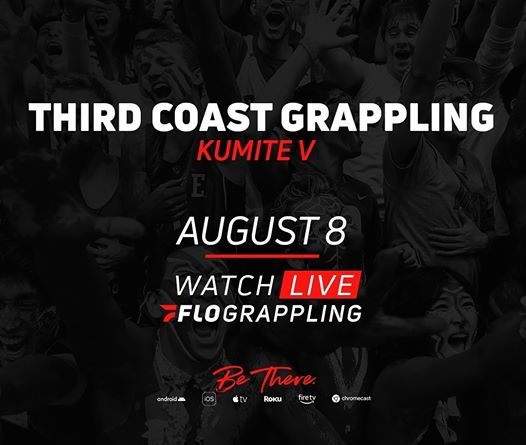 It’s no secret that Third Coast Grappling provides amazing match ups for their spectators and competitors. Their previous grappling events have set the bar high. Kumite V will not be an exception to the rule. Filled with Kumite veterans as well as new faces this event will also have an undercard of superfights. Kumite V will also be preceded by kids matches (starting at 5:30 PM).

Recently, Third Coast Grappling president Ryan McGuire put out a statement offering premium VIP tickets to anyone who thought their event was boring. It would have been wise to take them up on that offer because it won’t show up again. This 170lb no-gi bracket will be as entertaining as they come. 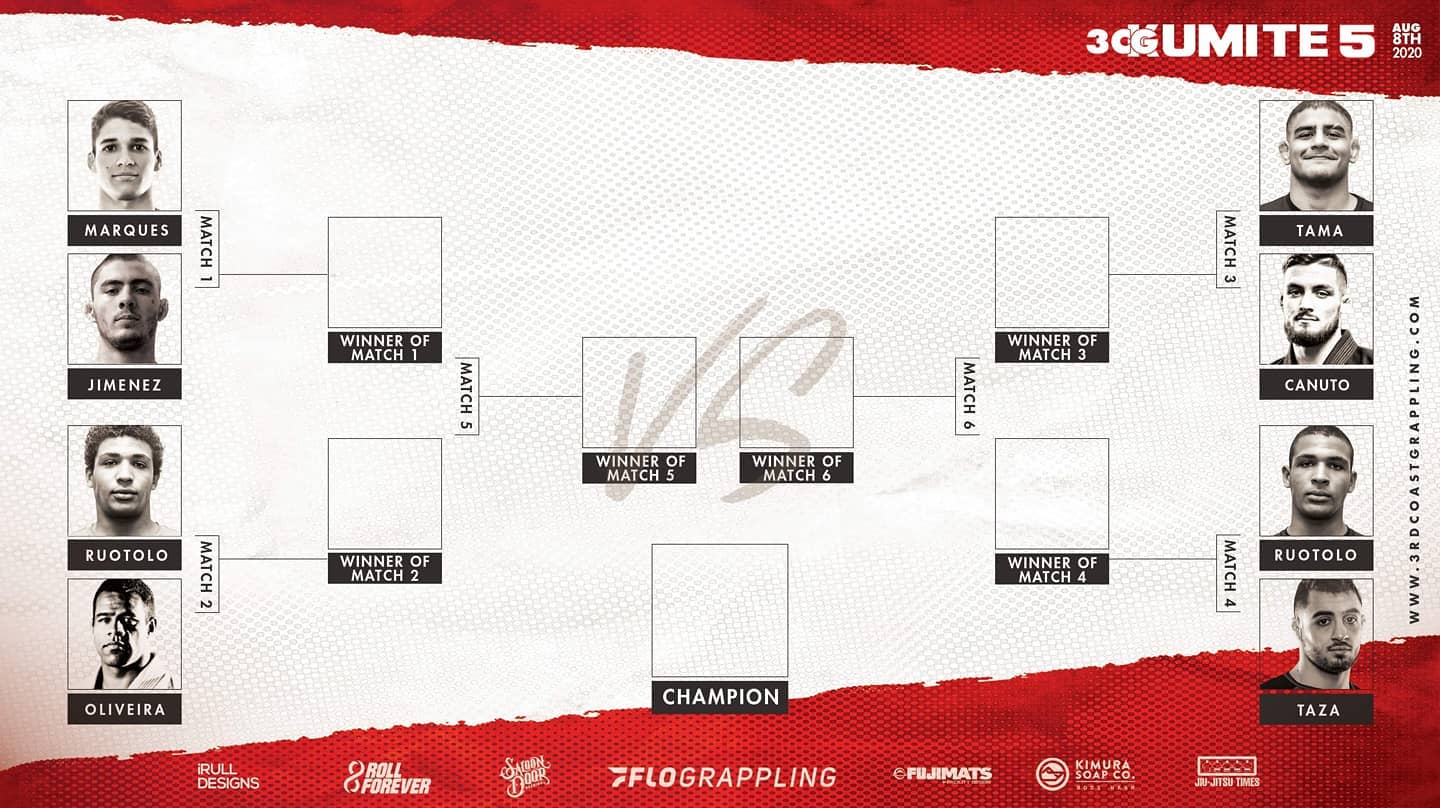 Roberto Jimenez has been killing it recently. He won Third Coast Grappling: Kumite 3. The young phenom has competed in the first and fourth Kumite events as well. Conversely this will be Hugo Marques’s first Kumite. We will see how Marques, the 2018 NoGi World Champion, fares against Jimenez’s relentless back attacks when they face off in the opening match of the bracket.

Both Ruotolo and Oliveira are new to the Third Coast Grappling stage. This bout will be filled with action as we watch the younger Ruotolo brother duke it out with the Masters competitor from GF Team. The Ruotolo brothers’ game is slick but Oliveira will be bringing his signature forward style to the table. Notable is that both Ruotolo brothers are competing on opposite sides of the bracket. They have previously stated that if they met they would fight instead of bowing out. Could we see a legendary sibling showdown? Only time will tell.

We’ve seen Tama on several previous Kumite cards. His guard has been known to slow down even the most aggressive opponents. We’ll see if that holds true against Renato Canuto. Canuto has been called one of the most exciting grapplers of his generation. This match won’t be boring. Both competitors have the tendency to take risks and go for the kill.

Both Tye and Oliver are Third Coast Grappling veterans. Both fighters have very distinct styles. Ruotolo brings his signature leg pin passing system while Taza, a member of the Danaher Death Squad, utilizes Danaher’s leglock strategy. Last time we saw Ruotolo on the stage during Kumite 3, he lost to Roberto Jimenez in the opening round. Will this fuel him to move up in the brackets this time?

Personally, I’d be interested in seeing the Ruotolo brothers compete against each other in the finals. However, every one of these competitors has a solid chance at winning. Jimenez is probably most people’s first pick, but jiu jitsu is a game of probabilities. Anything can happen in the heat of battle.