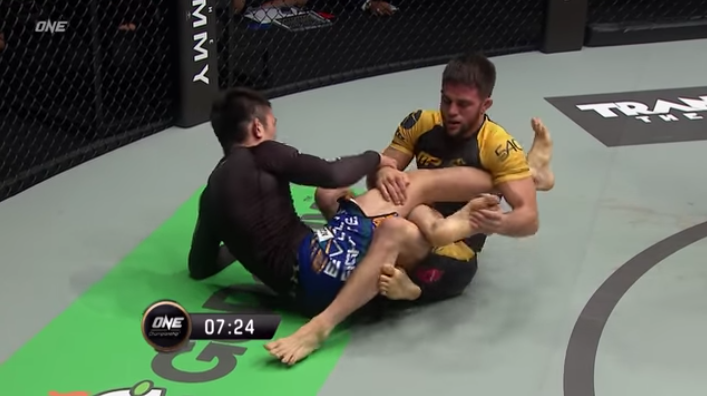 Garry Tonon is widely considered the most exciting competitor in submission grappling and jiu-jitsu. With that in mind, we’ll take any opportunity available to relive some of Tonon’s best performances. In 2017, before he had made his MMA debut, Tonon squared off with MMA submission specialist Shinya Aoki in a 15-minute submission-only match at ONE Championship.

What we see in the video above is a classic Garry Tonon performance. Early in the match, Aoki is able to take Tonon’s back and secure the position with a body triangle. A master of escapes, though, Tonon defends the choke and escapes the triangle back to his feet. Back on the mat, though, Tonon quickly found his way to his preferred cross ashi garami position where he secured a picture-perfect heel hook for the victory.

An original member of the Danaher Death Squad, Tonon has been a main player in the no-gi jiu-jitsu and submission grappling scene for years. He is a multiple-time EBI champion, an ADCC veteran and medalist, and an IBJJF no-gi Pans champion. He holds notable wins over Dante Leon, Davi Ramos, and Renato Canuto, among many others.

In MMA, Tonon is an undefeated 6-0, with all of his fights taking place under the ONE Championship banner. He most recently fought in December 2020, earning a unanimous decision over the much more experienced Koyomi Matsushima.