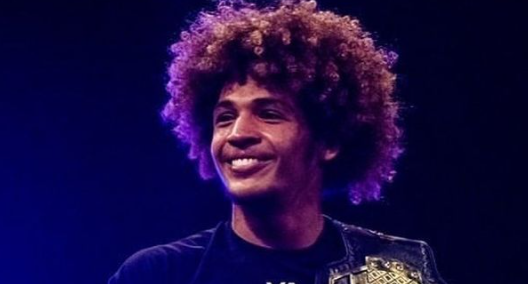 The race for the best no-gi grappler of 2021 was a tight one. A number of competitors could make a strong argument for deserving the honor, with no obvious number one.

Some may think that Gordon Ryan, typically touted as the best no-gi grappler in the world, was the best in 2021. While he may be poised to earn that title in 2022 with the ADCC Championships upcoming, ongoing health problems kept Ryan on the sidelines for much of the year. And when Ryan did compete, it was against competitors one to two weight classes below him.

Fan-favorite Craig Jones finds himself in a similar situation; he might actually be the most talented grappler in the world, and he was undefeated in 2021, but he simply did not compete enough to contend with more active athletes.

Ultimately, when deciding who was the best no-gi grappler of 2021, we looked at which competitor had the most amount of wins against the highest level of competition. When doing that, one grappler narrowly edged out the rest.

Although he competed as a brown belt throughout 2021, Ruotolo competed against and beat — and regularly submitted — world class black belts.

Ruotolo began his year with an impressive match of the year contender against the Danaher Death Squad’s Ethan Crelinsten at Who’s Number One (WNO). Ruotolo submitted Crelinsten with his signature d’arce choke, which would be a sign of things to come in 2021.

Ruotolo would follow up his win over Crelinsten with a spectacular buggy choke finish of seasoned black belt Cole Franson at another WNO event.

Next, Ruotolo suffered his only loss of the year. Stepping up on short notice to replace an injured Andrew Wiltse, Ruotolo took on the larger Roberto Jimenez. And while Ruotolo ultimately succumbed to a rear-naked choke, he impressed in defeat in what was yet another match of the year contender.

In September, Ruotolo competed in the inaugural WNO Championships, defeating three truly elite competitors on his way to winning the WNO lightweight belt. In the first round, Ruotolo submitted Unity Jiu-Jitsu’s Diego “Pato” Oliveira (another strong contender for best no-gi grappler of the year; more on that below). Next, he defeated Josh Cisneros when Cisneros’ knee audibly popped as Ruotolo jumped into a leg entanglement. And in the finals, Ruotolo secured yet another d’arce choke finish, this time against accomplished black belt Gabriel Sousa.

As if capturing the WNO belt wasn’t enough, Ruotolo next won the largest-ever division of the largest-ever ADCC Trials event, defeating an incredible seven competitors over the course of two days (four by submission). His best wins at that tournament include an ultra-exciting points victory over veteran 10th Planet black belt PJ Barch, and, in the finals, yet another match of the year contender against William Tackett.

Finally, Ruotolo closed out his year with a win over ADCC veteran Keith Krikorian at Grapplefest 10.

Ruotolo’s accomplishments in 2021 — particularly considering his extremely high submission rate — earned him this honor. Making his achievements even more impressive, he is still just a teenager and only recently was awarded his black belt. He seems poised to continue to find success at the highest levels for years to come.

Again, it’s worth noting that a number of other competitors could stake a legitimate claim to the best no-gi grappler of 2021. One of those competitors was Diego “Pato” Oliveira, who deserves some additional attention. A skilled technician in all areas of jiu-jitsu, Oliveira earned gold at the IBJJF no-gi Worlds and Pans, and won the Evolve Ur Game no-gi grand prix. He holds 2021 wins over the likes of Gabriel Sousa, no-gi world champion Gianni Grippo, and Josh Cisneros.

Considering his no-gi and gi accomplishments together, Oliveira was almost certainly the best overall competitor of 2021, but his submission loss to Ruotolo puts him in a close second in the no-gi ranks.

In addition to Oliveira, a number of other no-gi competitors found plenty of success in 2021. Those include: