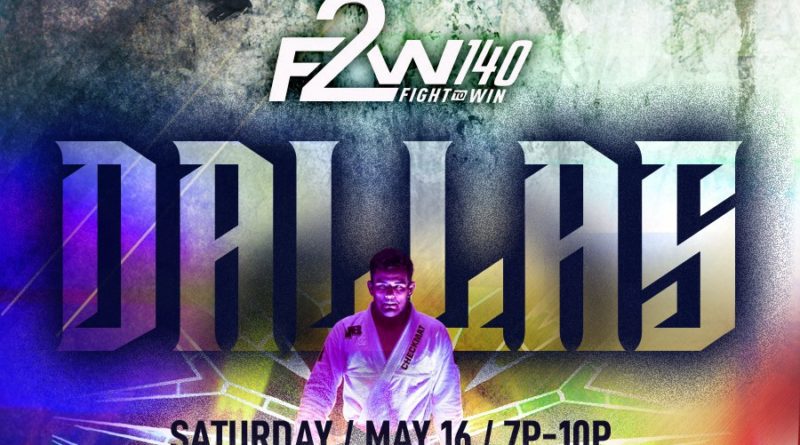 Fight 2 Win 140 marked the first full example of an exciting upcoming trend where the promotion will be booking big-name matches for fight night events on both a Friday and Saturday night of the same weekend, after Fight 2 Win 139 the day before. This was done to make up for the two months of time that was lost when Fight 2 Win CEO, Seth Daniels, was forced to scrap several events due to the Coronavirus Pandemic. This trend will continue next weekend with another four events in the next two weeks, spread across both Dallas and Austin, Texas.

The main event saw AJ Agazarm make an increasingly rare appearance on the professional grappling circuit against Osvaldo Queixinho Moizinho. This comes as Agazarm is now focusing more on his MMA career over at Bellator after getting mixed results from his first four fights. Agazarm put on a decent display ini a losing effort, showing top quality submission defense but never really managed to put Moizinho in any danger, losing a pretty clear-cut decision.

Agazarm started out as the aggressor by attempting a takedown before pulling guard, but Moizinho immediately started to work for an Ezekiel Choke. He used the threat of the choke to start passing to Half-guard and eventually managed to pass completely, attempting a Brabo choke in the process. Agazarm escaped and they were reset with Moizinho wasting no time before trying a Loop Choke from standing. After Agazarm defended expertly again, Moizinho locked up an omoplata and as Agazarm rolled out, the pair fell off the stage with Moizinho still having the Omoplata in place.

After another reset, Agazarm tried to push the pace with another takedown attempt. Moizinho jumped on the opportunity to attempt a Triangle Choke, switching to an Omoplata and eventually an Armbar in a beautiful display of chaining together submission attempts. Agazarm was in deep waters but managed to stay calm and escape as Moizinho attempted to transition to the Crucifix. As Agazarm escaped to his feet, he tried to wrestle with Moizinho again, attempting a single-leg as the time ran out.

If you want to apply to compete on one of the upcoming Fight 2 Win return shows, click here for fighter application.