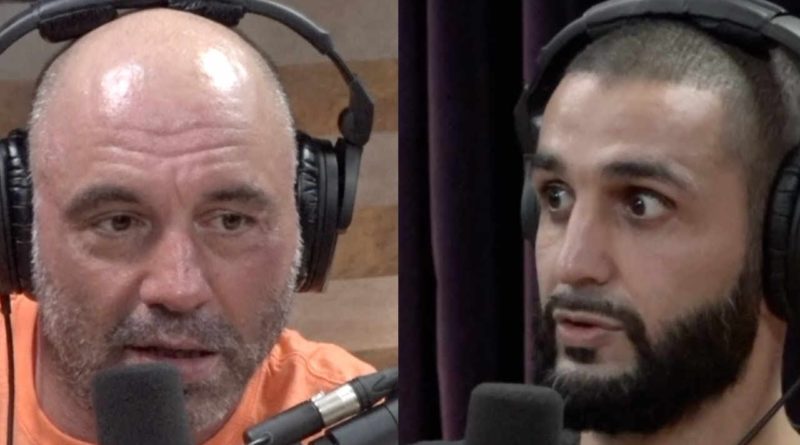 On the JRE MMA SHOW Firas Zahabi revealed his all time favourite grappling match and what he considers to be the current top BJJ gym. He also predicted the winner of the main event of Polaris 12, Nick Rodriguez v Luke Rockhold.

On the most recent episode of the Joe Rogan Experience, Rogan sat down and had a conversation with the head coach of Tristar Gym, Firas Zahabi. In addition to having founded one of Canada’s most prominent MMA gyms, Zahabi is a black belt under John Danaher and nearly as renowned as Danaher himself for his analytical approach to coaching BJJ and MMA. He has helped develop numerous high-level BJJ athletes, both Ethan Crelinsten and Oliver Taza started out under the tutelage of Zahabi.

Zahabi said his favorite match was Garry Tonon v Rousimar “Toquinho” Palhares, which took place at Polaris 3 back in 2016. The match pitted the heavier Palhares against the much smaller Garry Tonon. While the match ended a draw, Zahabi believes that fellow Renzo Gracie affiliate Tonon would have managed to submit Palhares, had the match continued.

“That’s what Jiu-Jitsu is, just going with the flow of it all” – Firas Zahabi on Tonon v Palhares.

According to Zahabi, Renzo Gracie’s Gym in New York is currently the best place in the world to train BJJ. He believes that the gym is raising the standard of teaching and credits this development to John Danaher and his approach to teaching BJJ.

“John Danaher has found a way to teach you Jiu Jitsu in a nut shell. Like, he is just now the most efficient trainer in the history of Jiu Jitsu.” – Zahabi on Danaher.

Zahabi goes on to state that he believes that purple belts from Renzo’s are equivalent in skill to that of a seasoned black belt due to Danaher’s teaching methodology. He highlights several of the students from Renzo’s including Gordon Ryan, Nicky Ryan, Nick Rodriguez and Eddie Cummings (now training elsewhere) to underscore his point.

“If you’re a stud and you go in that practice room, you’re a regular Joe. I don’t care if you’re GSP… this is going to be a hard day and you better be nice. You better be humble when you come in here.” – Zahabi on the training at Renzo’s in New York.

Maybe not surprising, but Zahabi also went on to predict that ADCC standout Nick Rodriguez is going to beat former UFC Middleweight Champion Luke Rockhold at Polaris 12. Although it is worth noting that he says he hasn’t trained with Rodriguez yet as he hasn’t been to Renzo’s in New York for a while.

Polaris 12 isn’t the only big event this weekend as Quintet Fight Night 4 comes to Japan. For tickets to the upcoming Polaris 12 on 30th November in Newport, South Wales, click here.